Thaksin Shinawatra leaves little doubt he wants it all 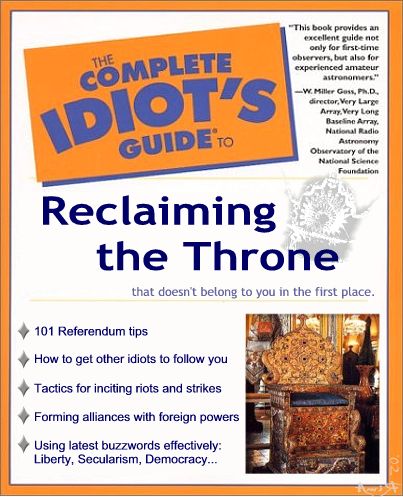 Normally people who are fugitives go into hiding, but not Thaksin. With all the high profile and trying to look good public relations approach, it is leaving little doubt as to what his goals were in September 2006 before the coup.

Thaksin is much more that a politician wanting to get back in the big chair to help his country. In fact that level of patriotic devotion is unheard of, and it still is. Thaksin has set a goal of making Thailand his own. That is not in the normal sense, but seeing it as just another acquisition.

Putting aside the fact that Thaksin is now a fugitive, he has set into motion what can only be defined as a campaign. The publicity of phone calls to the People Power Party (PPP) to help them stick together, and his attack on the People’s Alliance for Democracy (PAD) because he did not like how he was being portrayed, clearly says campaign. However by doing this he is completely disrespecting the courts and every law biding Thai. In fact Thaksin is taunting them. Thaksin has escaped the tigers cage but is still poking the tiger with a long stick.

Unlike people like Saddam Hussein who was found hiding in a hole, and other former leaders on the run doing their best to hide, Thaksin is on stage. One can only wonder how this will affect his application for political asylum as that he is clearly still politically active. That is simply bad form in anyone’s book. That is not to mention he is banned from politics until June 2012. He is simply asking the United Kingdom to hold him while he pokes at the tiger in the cage, and that would simply involve the United Kingdom in Thai politics in an entirely inappropriate way. That could affect relations between the United Kingdom and other countries as they observe the United Kingdom as being a safe haven to launch attacks.

The moment Thaksin got on stage after fleeing from his trial, any doubt about his intentions in 2006 have been removed. This also lends support for the Finland plan as being an accurate assessment of being part of Thaksin’s grand plan.

It is very clear Thaksin has not changed his goal, he has only adjusted elements and the time table of the grand plan to achieve his goal. The vigor and determination Thaksin displays can only be driven by greed, ego, and the desire for power. That has nothing to do with being Prime Minister, and everything to do with being a dictator. To achieve that level of power in Thailand, it would become necessary to eliminate the monarchy. But first things first and that is to put an end to all the criminal trials pending for Thaksin. So staying out of reach in the United Kingdom until that happens is now part of the plan.

If that is the case and it certainly looks to be, assisting Thaksin may be seen as conspiring to overthrow the monarchy. That most certainly includes actions of the PPP where so much for Thaksin was done, and so little for Thailand. You don’t even need to look in the book to see what the punishment for that is. Although this is a bit hard to comprehend at this stage, with each new dot, the picture becomes clearer. Because thinking things out to conclusion is not one of the traits Thais are best known for, many Thaksin followers may be being lead down a path of false hopes and dreams not fulling seeing the consequences for their actions until it is too late.

Even if you try to see if the dots may form another picture, logic, personalty, and events thus far bring you back to this scenario as being the most likely. The attacks on Privy councilor Prem Tinsulanonda by people associated with Thaksin further support this. To reopen this conflict between Thaksin and Prem suggests unfinished business on Thaksin’s part. To get to the King Thaksin must first get through Prem. Prem has the ability to muster and lead the military behind the King even if the head of the military took sides with Thaksin. The military can not function without a leader.

If Thaksin was just looking to get off and disappear, there would be no need to stand on stage as he is doing. He could very quietly blend into the woodwork and eventually just be a lingering bad taste in the mouth of Thailand. If he was looking to just get his money back, there would also be little if any need to stand on stage. There are few other goals Thaksin has aired and none of them require getting on stage. So once again it brings us back to this scenario.

Standing on stage was the last dot needed to limit the amount of extrapolation to clearly show he wants it all. Standing on stage serves no reason except to increase popularity, and that is one key element needed if he wants to trick people into letting him take the steps to become Dictator and Supreme Ruler of Thailand.