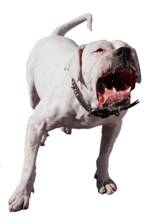 In typical Samak style Prime Minister Samak Sundaravej is barking away hoping to divert focus away from him as being one of the primary problems for Thailand’s political unrest. However that barking is falling on increasingly deaf ears as the situation worsens.

As the situation continues to unfold, a few dots are starting to appear. Unfortunately they still point to finding scapegoats and still more of the same.

The third dot certainly is reminiscent of a smokers excuse to smoke. There is also a sign that says ‘OPEN’ in 1 inch tall letters with an arow indicating the direction to move the leaver on the doors of commercial aircraft. The sign remains unchanged no matter what altitude the aircraft is at.

There should be no doubt now even in the most casual observers mind that the People Power Party (PPP) is in it for themselves and not to move the country forward. There may be a few members of parliament in the PPP that do have the best interest for the country in mind, but they are being severely tarnished by all of this dancing.

Less we forget this is all about the now fugitive Thaksin Shinawatra. Thaksin sits on the sidelines while all of this unfolds. Others will take a hit for Thaksin and go down, only to be replaced by another fool driven by greed who is willing to dance with the devil.

What was to be a solution finding meeting of the government has turned into a blame throwing meeting because those at fault don’t want to accept the facts that it is their fault. From the same group there are ministers that should be out of office because they have active cases in court pending. Samak is content to blame every else but himself, and if he runs out of people alive he may just start blaming people who are dead. His entire Sunday morning radio address seemed devoted to that and there was no shortage of blame and attempts to shame others for not siding with him.

Seemingly everyone else sees the picture except Samak, however it is just arrogance and being self serving. Samak knows inside he is the problem along with the PPP, but if he can still bark and chase people away, he will continue to do so. The moment when that barking fails for Samak is the moment of truth, however what happens next is up to Samak, and declaring a state of emergency is a possibility.

« Trouble in Thailand over one man Tipping point »