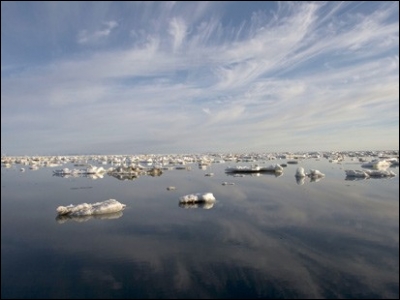 In a quick summary, there have been several post that have sent up alarms. Global warming 30 years ahead of estimates is one of them. The common phrase found in all is ‘computer models are wrong in time estimates’. As this has never happened before, computer models are based on best guess. It appears some copying was done between the scientists as they were guessing, and they guessed wrong. Last year NASA said 10 years away, today they say NOW!

In short what this means is what was to happen in 2050 is likely to happen in the next 10 years. That includes rapid sea level rise, extreme weather that makes today’s extreme weather look like a spring shower and food shortages. Imagine New York City looking like Venice Italy by 2025, and what are now delta regions will soon be underwater.

To understand what a tipping point is you must imagine sitting on a huge ball or sphere like the one at Epcot Center in Florida. At the top things are fine. As you move off center about 3 meters you may drop only 0.5 meters. Move another 3 meters and you may drop 1 meter. The further you are from the top the faster you drop. At some point you drop 3 meters by moving 3 meters further from the top. That is the tipping point. From there your drop is greater than your horizontal movement.

The tipping point simply means in so many words ‘Runaway Train’ where changes are drastic and accelerating across the board. What may have taken 10 years to happen before now may happen in months. A glacier that may have receded 5 kilometers in 5 years, may be 10 kilometers a year and accelerating. The more of the dark surface of the earth is exposed where there was ice before, the faster heat is absorbed. You should remember that from 6th grade science class if you weren’t sleeping. The teacher put a thermometer in a white cup and a black cup filled with water and exposed them to a heat source. The black cup warmed up much faster.

Sea ice melt will have some impact on sea level as only about 12% is above water, however the warmer water surrounding Greenland will accelerate that land ice melt and that will significantly raise sea level. 100% of land ice mass contributes to sea level rise. If Greenland becomes green, sea level will increase 7.2 meters.

WASHINGTON – More ominous signs Wednesday have scientists saying that a global warming “tipping point” in the Arctic seems to be happening before their eyes: Sea ice in the Arctic Ocean is at its second lowest level in about 30 years.

With about three weeks left in the Arctic summer, this year could wind up breaking that previous record, scientists said.

Arctic ice always melts in summer and refreezes in winter. But over the years, more of the ice is lost to the sea with less of it recovered in winter. While ice reflects the sun’s heat, the open ocean absorbs more heat and the melting accelerates warming in other parts of the world.

“We could very well be in that quick slide downward in terms of passing a tipping point,” said senior scientist Mark Serreze at the data center in Boulder, Colo. “It’s tipping now. We’re seeing it happen now.”

Within “five to less than 10 years,” the Arctic could be free of sea ice in the summer, said NASA ice scientist Jay Zwally.

“It also means that climate warming is also coming larger and faster than the models are predicting and nobody’s really taken into account that change yet,” he said.

Five climate scientists, four of them specialists on the Arctic, told The Associated Press that it is fair to call what is happening in the Arctic a “tipping point.” NASA scientist James Hansen, who sounded the alarm about global warming 20 years ago before Congress, said the sea ice melt “is the best current example” of that.

This year’s results suggest the latter because the ice had recovered a bit more than usual thanks to a somewhat cooler winter, Serreze said. Then this month, when the melting rate usually slows, it sped up instead, he said.

The most recent ice retreat primarily reflects melt in the Chukchi Sea off Alaska’s northwest coast and the East Siberian Sea off the coast of eastern Russia, according to the center.

The Chukchi Sea is home to one of two populations of Alaska polar bears.

Federal observers flying for a whale survey on Aug. 16 spotted nine polar bears swimming in open ocean in the Chukchi. The bears were 15 to 65 miles off the Alaska shore. Some were swimming north, apparently trying to reach the polar ice edge, which on that day was 400 miles away.

Polar bears are powerful swimmers and have been recorded on swims of 100 miles but the ordeal can leave them exhausted and susceptible to drowning.

And the melt in sea ice has kicked in another effect, long predicted, called “Arctic amplification,” Serreze said.

That’s when the warming up north is increased in a feedback mechanism and the effects spill southward starting in autumn, he said. Over the last few years, the bigger melt has meant more warm water that releases more heat into the air during fall cooling, making the atmosphere warmer than normal.

On top of that, researchers were investigating “alarming” reports in the last few days of the release of methane from long frozen Arctic waters, possibly from the warming of the sea, said Greenpeace climate scientist Bill Hare, who was attending a climate conference in Ghana. Giant burps of methane, which is a potent greenhouse gas, is a long feared effect of warming in the Arctic that would accelerate warming even more, according to scientists.

Overall, the picture of what’s happening in the Arctic is getting worse, said Bob Corell, who headed a multinational scientific assessment of Arctic conditions a few years ago: “We’re moving beyond a point of no return.”

📂This entry was posted in Greenland Nature