Want fries with that state of emergency?

In what appears to be people simply ignoring Thailand’s Prime Minister Samak Sundaravej state of emergency, the anti government rallies continue and more join their ranks. Even the military has taken a much softer approach than Samak wanted. As more and more people are becoming convinced that there was no need for a state of emergency, and the situation for the excuse to declare the emergency was staged, Samak becomes more isolated.

As the anti government rallies grow and more continue to join, Samak comes under more pressure. The state of emergency trump card for Samak is turning out to be a Joker. The most recent addition to the anti government rally was university students. Education Ministry Somchai Wongsawat suggested that students should not get involved with politics. However some day Thailand will be handed over to these students, so the education of politics is very important. However the underlying reason is the bulk of the students will be anti Thaksin, and they will eventually educate the Isaan voter base to be above that magic threshold that turns them to be anti Thaksin too.

Outside of Thailand the words ‘State of Emergency’ sets off alarm bells saying stay away, avoid, or make other plans. However in this case those magic words of international dread have been misused by Samak to simply cling on to power for a bit longer. All that was really needed was the police to do their job. However seeing is the police seem to be playing for the same team as the pro government rowdy boys that marched on the People’s Alliance for Democracy (PAD) with the intent to drop some of their blood, the police vision became extremely nearsighted and the pro government marchers walk past unnoticed. So now that the military is on the scene, that should not happen again.

So the false alarm Samak sounded will cost Thailand millions if not billions in lost tourist revenue. That is on top of the billions lost from everything else associated with this crisis from strikes and cutbacks protesting Samak and the People Power Party (PPP).

Essentially this is becoming a gross misuse of power by Samak, and the fallout for Samak is yet to be seen. That should be left to the Thai lawyers to sort that out if there may be criminal charges or not for that level of abuse.

This brings us to resolving the issue, but with the PPP acting with the maturity of 9 year olds with the ‘It’s MINE’ attitude, one seems to think the task is above their ability. At least the democratic party is demonstrating that all Thai politicians don’t act like the PPP and that there is hope for the people of Thailand. The democratic party thus far has demonstrated that it is possible to work inside the restraints of the constitution providing proof that no change is needed. It is the greed and immaturity of the PPP that is incompatible with the constitution.

Breaking the deadlock and staying within the constitution leaves it to only one person, and that is the King of Thailand.

Section 184. For the purpose of maintaining national or public safety or national economic security, or averting public calamity, the King may issue an Emergency Decree which shall have the force as an Act.

However if the King does have to step in, at first glance it may suggest to the rest of the world that Thailand is not ready for a democracy in that greed and corruption makes it impossible. However if a closer examination is given one would find that not necessarily to be true. One would find if Thaksin and his money was removed from the formula, a more even government would be formed lending to democracy. 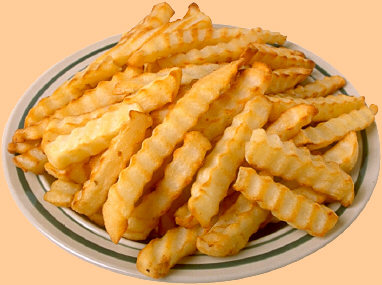 « Life is different in Alaska Samak’s Economic Fallout in Thailand »