Payback is a bitch 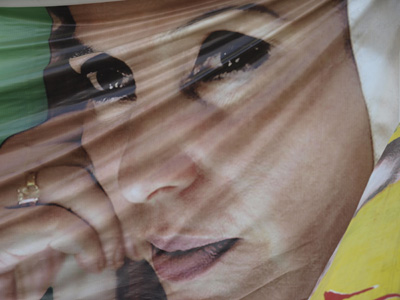 In Pakistan in What appears to be a repeat of events in The Philippines, the spouse of an assented political figure becomes President. Needless to say history does repeat, and particularly so when it comes to great women leaders.

In the mid 1980’s People power in the Philippines forced Ferdinand Marcos from power. After Marcos provided false election results saying that he won the election, the people revolted and rightful winner Corazon Aquino was installed as president of the Philippines. More here. 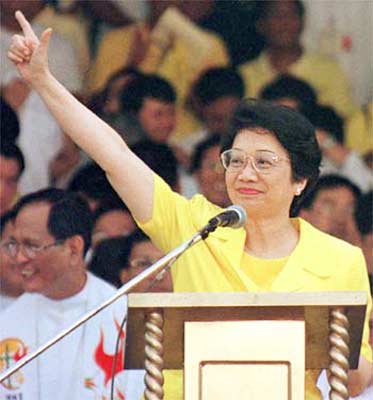 Now in Pakistan the same has happened with one forced out by pressure, change is underway in this nuclear armed country.

ISLAMABAD (AFP) – Asif Ali Zardari secured a large win in Pakistan’s presidential elections on Saturday, capping a remarkable rise from jail, exile and his wife Benazir Bhutto’s assassination just nine months ago.
The controversial front-runner swept a poll among lawmakers to become the 14th president in Pakistan’s short but turbulent history , taking power in the world’s only nuclear-armed Islamic state and frontline US “war on terror” ally.
“Democracy talks and everybody hears,” Zardari , who had been the clear favourite, said in a short television broadcast hailing his victory in which he pledged to respect the sovereignty of parliament.
The statement was a barbed reference to the nearly nine-year rule of Pervez Musharraf, who as an army general made controversial changes to the country’s constitution, including the power to dismiss parliament.
Musharraf’s August 18 resignation triggered the election.
Zardari secured more than two-thirds of the votes available from the country’s two houses of parliament and four provincial assemblies that constitute the electoral college, officials said.
The United States and European Union congratulated Bhutto’s widower and political heir on his victory.
“President (George W.) Bush looks forward to working with him… on issues important to both countries, including counter-terrorism and making sure Pakistan has a stable and secure economy,” White House spokesman Gordon Johndroe said.
The EU presidency said it “encourages in particular Pakistan in its fight against terrorism and assures the new president that it will continue to support him on that path.”
Iranian President Mahmoud Ahmadinejad congratulated Zardari and said he hoped ties between the neighbours would expand.
Zardari, 53, defeated retired chief justice Saeed-uz-Zaman Siddiqui, who was backed by former premier Nawaz Sharif, and Mushahid Hussain, a close aide of Musharraf.
“It is an historic win. It is a victory for democracy,” said Information Minister Sherry Rehman.
“This man suffered jail for more than 11 years for the sake of democracy and today he is elected as the president of the country and it is a sign of the strengthening of democracy.”
Security was tight as secret voting began shortly after 10:00 am (0400 GMT) and ended at 3:00 pm in the two chambers of parliament and four provincial assemblies.
The militant threat in Pakistan was underscored in the northwestern city of Peshawar, where voting was taking place, as a suicide car-bomber rammed a police checkpost killing 16 people and wounding more than 80.
Nearly 1,200 people have been killed in bombings and suicide attacks across the country in the past year, in unrest seen as a backlash by militants angry at former president Musharraf’s support for the United States.
Tensions rose further this week after a failed assassination attempt on Prime Minister Yousuf Raza Gilani, whose car was hit by sniper fire as it drove to meet him at an airport on Wednesday.
Zardari had already moved house due to fears of attempts being made on his life. His wife was killed in a gun-and-suicide attack at a campaign rally last December.
Zardari faces a series of challenges as president.
Pakistan’s economy is backsliding with high inflation and a volatile political situation contributing to a 40 percent fall on the stock market since January, in a country already reliant on foreign aid.
The election also came amid mounting international concern about the stability of Pakistan, which under Musharraf backed the US after the September 11 attacks in 2001, and in its subsequent invasion of Afghanistan.
Billions of dollars of aid flowed to Islamabad in return.
However, the US military contends Pakistan’s tribal areas have become a safe haven for Al-Qaeda and Taliban militants to use as a launch pad for attacks on international soldiers based across the Afghan border.
As co-chairman of Bhutto’s Pakistan People’s Party (PPP), Zardari already heads a fragile coalition government which, although still in office, recently lost the backing of Sharif’s party.
He now gains wide powers, including the right to appoint leaders of the military, which has ruled Pakistan for half of its 61-year existence.
Zardari, once dubbed “Mr Ten Percent,” has spent a total of 11 years in jail on charges ranging from corruption to murder. An amnesty signed by Musharraf cleared him of all corruption charges last year.

With all of this, one can’t help but wonder when Burma’s turn will come. 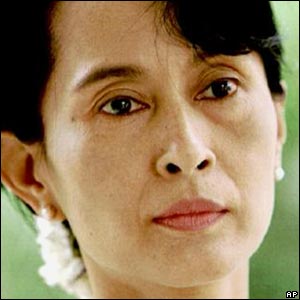 📂This entry was posted in Burma Pakistan Philippines Politics