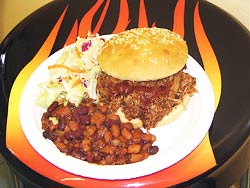 In what is getting to be a regular happening, another crony of Thaksin Shinawatra has been devoured by Thailand’s 2007 Constitution. Samak Sundaravej lost his position as Thailand’s Prime Minister, however rants and raves from some high strung members of the People Power Party (PPP) are looking the make the Constitution vomit Samak up.

The next several days are up for grabs in Thailand. With a sudden hole at the top, there are several that will look to rush in. Depending on who is vying for the slot will provide a gage of Thaksin’s influence. The closer Thaksin is allied with the next candidate will suggest how everyone feels about Thaksin.

Simply if they feel that Thaksin is more or less history and his potential conviction on September 17 will hurt them (being Thaksin cronies) they will opt for a more middle of the road choice. That however does not consider the potential dissolution of the PPP as they already seem to have crafted a life boat for when that torpedo hits.

So for the moment all Connecting the Dots is saying is observe Thaksin’s influence in the replacement of Samak, and that should point the rough direction of Thailand for the next few months. If Thaksin has been abandoned then things in Thailand should start to improve. If Thaksin has not been disqualified by his cronies, expect more of the same being hired riots and so on.

If the PPP looks to vote Samak back in, then their should be little doubt to any witness that they have placed themselves before the country. Even the most remote Isaan farmer will have some concept of what is going on. Removed by the Constitution and the court and then reinstalled by politicians sends a message of lawlessness. It does not take a very high education to see right from wrong or at least question what is going on. Samak himself does not hold the same level of respect in Isaan as Thaksin, and this nearsightedness could backfire on the PPP.

This also will have an effect of showing disrespect to the courts and that too could swing more people into the People’s Alliance for Democracy (PAD) camp amongst the more educated. The concept of right from wrong is a foundational principle that is rooted deep in humanity taught by religion and parental upbringing. That could also result in loss of face in the parents of the politicians as it suggests poor upbringing.

On the short term, it is unknown what will happen to the State of Emergency and who now has the authority to lift it before it expires. Also it is no coincidence that Constitution and the PAD appear to be on the same side, it is the signature of a patriot.