Vice President pick is placebo effect in US elections 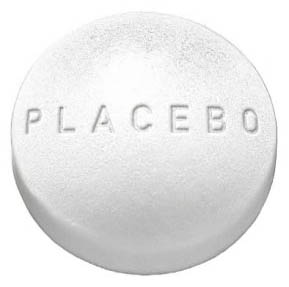 The Untied States presidential election is in full swing, and the Vice President selections by the party candidates is taking a front seat this time around. However when you get right down to it, Vice Presidents do little more than warm a seat, and the presidential candidates are using the power of suggestion to propel themselves into office.

Understanding that a placebo is little more than a sugar pill dressed up pretending to be medicine, the placebo can sometimes bring about the desired results. There have been several studies showing that the power of the mind can effect change. One such study was truly amazing and amusing at the outcome. A pharmaceutical company was in trials testing a new antidepressant medication. At the end of the study only about 50% of the test subjects showed improvement when using the real test medication, however about 88% showed improvement using the placebo. The reason was the real medication had physical side effects that actually made the test subject feel worse. However as the placebo had no effect other than the power of suggestion there was remarkable improvement. Needless to say don’t discount clinical hypnotherapy when it comes to managing depression.

The other and truly only political task the Vice president does is act as President of the senate and votes only to break a tie vote. Aside from some lobbying for the president there is little else to do. Other minor functions include attending funerals and running around doing odds and ends.

The boost Republican John McCain got from his female pick is simply because she is female and a bit of a novelty. Buzz words like ‘glass ceiling’ are hitting a chord with female voters, including ones who supported Democrat Hillary Clinton. If John McCain can keep the momentum going and have people forget that his Vice president pick Sarah Palin  is a placebo, he may win the election in November. Sarah has actually more to do as governor of Alaska.

Barack Obama the Democratic nominee for President has chosen Joe Biden for his placebo. Joe Biden is a more traditional choice as the novelty of the Democratic ticket is with the presidential candidate. Joe can help keep the election on track by reminding voters that the Republicans have a bunch of nice sounding buzz words about their plan, but have yet to described specifics on what they will do to help America out of it’s recession. To do that they must put buying power back in the hands of the people. About the only solid message thus far from John McCain is continue down the dead end road of oil that will someday not too long from now completely run out.

When it comes to people who occupy the executive branch of government, the President is the real medicine, and the Vice President is the placebo. However in this case a placebo will not work like in the clinical trials for antidepressant medications, real medicine is needed as the issues are real and not suggested.