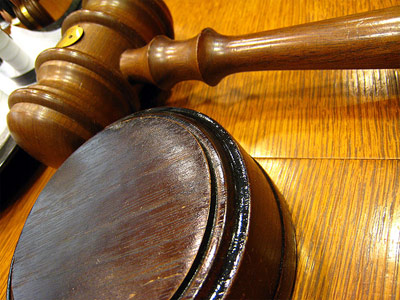 The reading of the verdict for fugitive Thaksin Shinawatra is only days away. Unless the date has changed September 17 will be a significant day for Thailand and it’s future.

Although it does not sound like much to the casual observer of Thailand’s politics, the reading of this verdict will set the tone for at least the next two years of how life will unfold in Thailand. The real key is how much influence Thaksin will have after the verdict, particularly so in Isaan.

Assuming that Thaksin ran because he knew he would be convicted, one can easily assume a guilty verdict will be the outcome. However if a not guilty verdict is the outcome, political turmoil will continue in Thailand for several more election cycles planned or not.

The key to calming the country lies in conveying to the people in Isaan that the high courts of Thailand are setting a wonderful positive example and are operating at western standards. The buying of judges at this level is for the most part history. The methodical reading of the decisions leave little doubt as to how the court arrived at their verdict. Much of this wonderful positive change is from direct influence of the King of Thailand. The judges sought The King’s guidance and wisdom in the matter of dissolving the ruling party in 2007. The judges were under great pressure to rule the wrong way by powerful Thais interested in serving themselves.

The educational attainment in Isaan is very low, and as a result they are easily deceive by those who look to buy their vote. There is a very deliberate attempt by some elements of the government to keep them uneducated. The most potent example of that is the ‘No Fail Policy’ in public schools. A student can quite literally sleep in the back of the class every day all day and still pass. That simply traps the student and they fall further and further behind as prerequisites for the next grade are not achieved. The 50% passing score is also substandard as 60% is much more accepted. As students failed to meet the 60% standard, the government’s answer was simply to lower it to 50%. That causes them to rely on others for basic guidance and sets them up to be used by others. Thaksin exploited this to no end.

The people of Isaan felt that Thaksin cared about them, however like everyone else they simply became a tool for Thaksin to rise to power. For the most part Thaksin only offered a very small percentage of what they were entitled to, but because of their low education, they had no idea Thaksin was screwing them over and they rejoiced in the crumbs Thaksin offered. As other politicians before Thaksin ignored the northeast altogether, the people of Isaan saw Thaksin as a savior or a bit like “Robin Hood”.  This should be a lesson to all future Thai politicians not to neglect this voter base.

Once the people of Isaan come to realize the courts are fair and just, Thaksin’s influence will fade and eventually the election and re-election of Thaksin cronies will fade to oblivion. Once the power of election is removed, the political makeup in the government will be more even, better qualified and a democracy will prosper. This needs to be the direction to finally get Thaksin out of the way and allow democracy a chance in Thailand.

So all the anti government rallies of today are simply dealing with the effect. Unless the cause is dealt with, this saga will repeat again and again leaving the rest of the world looking on wondering why the Thais cant seem to figure it out.