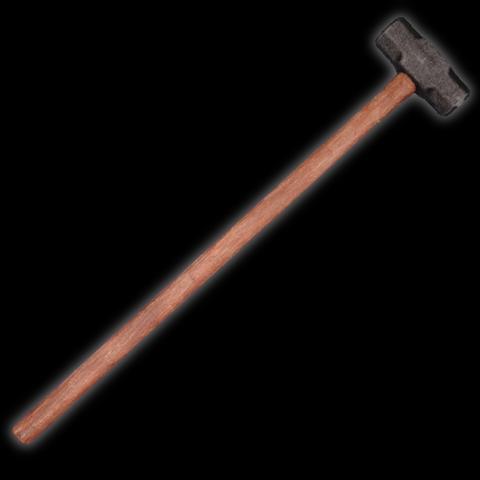 With all the political turmoil going on in Thailand, it is a welcome relief to see the colorful and sometimes humorous political advertisements of Chuwit Kamolvisit. As the Bangkok governor election nears, once again Chuwit pulls no punches in his campaign posters.

Whether you like or dislike Chuwit Kamolvisit is not the issue or point of this post, the point is simply pointing out his grand style of making a point. Chuwit’s use of props from sledge hammers to field binoculars sends his message across loud and clear. His ability to link a message with an image is masterful to say the least. 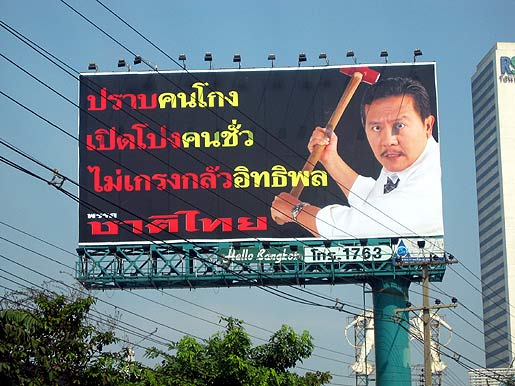 Before reading on it is best to read this profile of Chuwit so a better picture can be painted.

Chuwit’s style is a reminder of a particular episode in the history of the United States with Ralph Nader in the 1960’s. Ralph Nader went after General Motors on a car that can loosely be defined as a death trap. The Chevrolet Corvair was one of General Motor’s first attempts at a rear engine car. However because of the aerodynamics of the car and the weight distribution in the back, the front wheels lifted off the ground at upper highway speeds causing the car to go out of control.

As the story goes from memory, rather than fix the problem General Motors went on a smear campaign against Nader by setting up a sting catching him in bed with prostitutes. When General Motors presented Nader with the compromising photographs telling him to back off, Nader simply took the photographs to the media and said more or less ‘these are the pictures General Motors plans to blackmail me with’. Needless to say when the media ran Nader’s story the nation took note and Nader was hailed as a hero by trying to save lives from a clearly defective car design. After that the rest is history. Nader entered politics and has run for President on more than one occasion.

Chuwit’s exposure of police payoffs that too was motivated by attacks has propelled Chuwit into a unique position. If you look at his past you see one person, however if you look at him today you see another.  However in grand style Chuwit has built a monument to the past in Chuwit Garden located midway between Nana Plaza and Soi Cowboy both part of Bangkok’s famous naughty nightlife. The monument is shown in this (ever so slightly modified) photo. No doubt a tribute to all those ‘Happy endings’ massages. 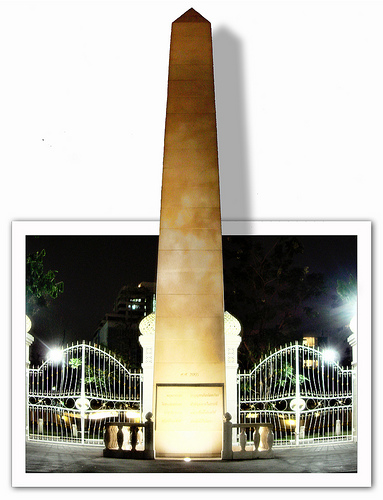 However considering Chuwit’s past he shows significantly more morals and ethics than many in the People Power Party (PPP) Thailand’s ruling party (ruling for the moment anyway). He does offer a blend of naughty and nice that is appealing to many as he bridges what is important both in and out of the bedroom. 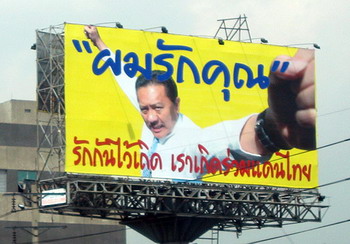 As Far as Connecting the Dots is concerned, Chuwit’s style is saluted and applauded. However as for his political carrier and how far it goes, that is entirely up to the people of Thailand.

📂This entry was posted in Politics Sex Thailand United States