Just a taste of vinegar without oil 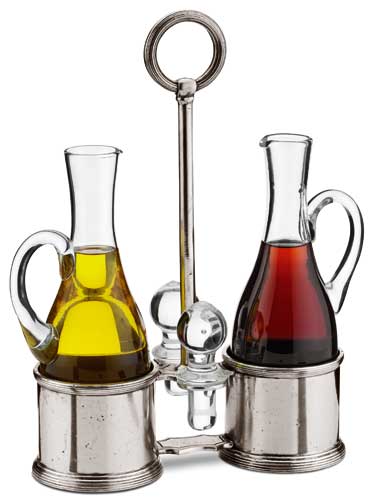 The economy in the United States is hurting very bad, and there is always global economic fallout when that happens. When you stop and think about it and why this economic crisis happened, it is all about the lack of oil and the resulting higher prices. It is also a clear warning that following the path ‘big oil’ wants will be like crashing your car into a concrete wall when the oil completely runs out. After all the oil companies do want to sell every last drop they can find.

When you start hearing huge names like Lehman Brothers, Fanny Mae, Freddie Mac and Merrill Lynch having major problems, this is not the Titanic heading for that iceberg, it is an oil tanker.

To very simply lay this out in the simplest possible terms you must think of an Oak tree. Each branch on that tree is a different country and a different economy. One branch is for the United States, another is for Poland and so on. They all are fairly much independent of each other. As you move your way back down the tree you will eventually come to the trunk of the tree and below that the roots. The roots feed the tree with water and nutrients from the ground, and it is the one common point on the tree that all branches draw sustenance from. In this case the sustenance is oil. With out oil all branches on the tree will eventually whither and die unless a new source of sustenance is found.

So Connecting a bunch of dots or in this case perhaps dominos is the better choice of words, here is what happened.

It actually is a very simple chain of cause and effect. To break that chain requires a new set of dominos moving in the opposite direction.

So very simply it does not matter what you do to your branch on the tree, if there is no sustenance coming up from the roots your branch will eventually whither and die.

Getting to the serious part of this, Americans must forget who is Black, who is White, who is male and who is female on election day. They must look at who will look to place a new source of sustenance where the roots of the tree can drink from. Once that is done, the rest will sort itself out and the branch will become healthy again. To put it another way, deal with the cause and the effect will tend to itself.

All the political posturing of the Republicans election campaign saying they will “Shake things up in Washington” means absolutely nothing. You can shake that branch all you want, and the roots will not even notice. The Republicans are too close to big oil, and big oil looks to turn off your headlights and distract you so you can’t see that concrete wall dead ahead.

Al Gore supports the Democrats not only for the global warming issue, but it also just happens to be the right path to fix the economy. When it comes right down to it there is no choice in this election cycle, it is do or very simply die. If the wrong people come to power, The United States will flounder and fail. The economic hit will continue to be felt as the effects of global warming also takes it’s toll on the United States as well as the rest of the world with infrastructure and crop damage. There is simply way to much riding on this election.

« Cycling USA with China Reminders of why »