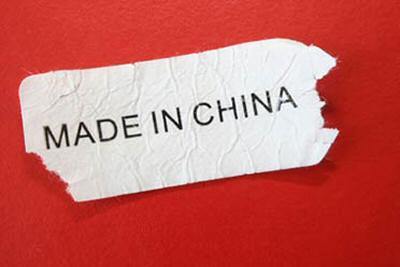 The thought no doubt going through many peoples minds is about trusting China. The recent and ongoing issue about tainted baby milk from China is just one in a long line of problems from China that has found it’s way to the rest of the world.

China is a wonderful country who’s history spans back thousands of years. Much of today’s wisdom comes from China as they have had a long time to discover what works best. China has demonstrated to the world that they can get things done. The accomplishments at the 2008 Olympic games shows the world that China does have the ability to produce quality in grand style. However that one big show is being tainted regularly by significant shortcomings in quality in a variety of other things.

It seems we regularly hear about some sort of mining accident in China where lives are lost. That is from simply not taking the time to insure safety. We see the huge and largely unnecessary death toll from the recent earthquake. The shoddy construction caused buildings to collapse on countless thousands. However that was no small tremor being a 7.9, and would have been call “The Big One” had it happened in California. By leaving nearly 88,000 dead, one starts to see a pattern emerging here. That pattern is someone is looking to make more money at the expense of others, and sometimes that expense may be loss of life.

There have been  problems that have found their way across the China border to the rest of the world. Toys with lead paint, toys that have a poor and dangerous design that can cause choking hazards. This list is long and growing.

As for the tragic events that happen in China itself, some joke it is just an extension of China’s attempt to control it’s population. The one child policy has cousins no doubt.

Winding the clock back, China launched an attack on the world by undercutting markets to get market share, many times working at a loss to drive it’s competition out of business. Nearly every country in the world has lost jobs to China because of cheap labor and cheap costs of finished products. It could be textiles, or washing machines or any other relatively low tech items. However sooner or later they must start to turn a profit. By raising prices, other countries will start manufacturing again. The cost of shipping the China products must now be added in as the price of energy now starts to work against China’s market share. It may be of equal cost now to once again produce a product domestically when you add in transportation cost from China.

So that does bring us to the question in how a food product from China contains a non food product. Was it a cost cutting measure to offset shipping costs, or was it deliberate sabotage to ruin a Chinese industry, or some other motive. The fact that it happened does also point out a quality control issue. With all the people in China, one would think that a few could be spared to work in the quality control sector.

There are some basic fundamentals at work here, and the cost of oil based energy is one key factor. China recently reduced fuel subsidies passing more cost on to the people. Not wanting to give up anything is another, and the desire to make money. With all this something must give and the first thing that will likely go is quality.

The fact that this is getting to be such a big and repeated problem, top government officials in China are taking note as the face of China is what is at stake. If China can put on such a spectacular show for the Olympics, then certainly they can be expected to make products of reasonable quality. China has raised the bar on itself with the Olympic games.

In this case the price of oil based energy may be the great equalizer in getting market share back from China. Something until now seemed impossible.

📂This entry was posted in China

One Response to Trusting China