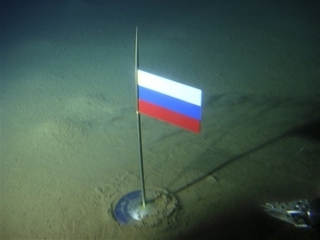 It has not exactly been front page news, but the now open waters of the arctic that are a direct result of global warming are becoming a bit of a territory issue. If there is any sure fire thing that can lead to war, it is a dispute over real-estate. Planting a Russian flag in the sea bed at the north pole seems to say “MINE!”

It actually does not take very much real-estate to bring on the potential of conflict. There is a dispute between Cambodia and Thailand over a very small parcel of land around the Preah Vihear temple. This has effectively put soldiers from both sides face to face with weapons drawn.

Now normally one would not think a whole lot about the issues in the arctic, however there are two main things that can change your mind. First is the open water now opens a northern shipping lane that was closed before. Without that option a ship had a choice of the Panama Canal or sailing around Cape Horn at the tip of South America. Needless to say a free short cut looks good for any shipping companies bottom line.

The second and even a more flammable issue than real-estate is the vast oil field that is below. As oil becomes more scarce the more remote the search goes. Up until not it was unpractical or impossible to get at that oil because of the shifting ice of the arctic ocean. Now that global warming has melted the ice for a significant part of the year, there is a better shot at the oil. 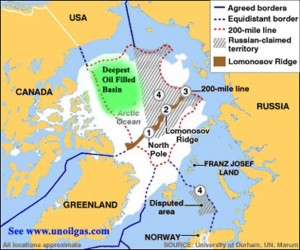 So now consider that borders are being disputed and oil is involved and you begin to see the bigger picture. If you can visualize a pack of lions, you will note it is the alpha male that eats first. Seeing that the area is being disputed by alpha countries, you can see how quickly this may turn to war should any get pissed off. Canada, Russia, The United States are the big players here, and they also have some of the biggest appetites for that oil. Considering that Russia is busy in Georgia for whatever reason, less than friendly moods are already in place.

What can happen next could easily be named “Oil wars of the north”. This is in the very early stages, and the price of oil will be a direct indicator to the chance of war.

« So now what do we do? Account not available »