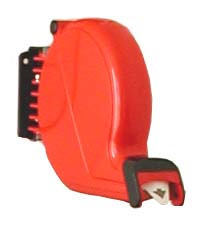 When it comes right down to it and who does what you will see that the number 3 spot has more power and responsibility that the number 2 Vice President. The vice President’s job is simply to hang out in Washington waiting for the President to get sick and or die, and collect a paycheck every month. Other than that the only real power the Vice President has is breaking a tie in the Senate.

The Speaker of the House of Representatives has a real job and has much more political power than the Vice President. The fact that the speaker of the house is Nancy Pelosi from California, it actually makes John McCain’s Vice President pick Sarah Palin anti climatic. Nancy Pelosi is clearly the most powerful woman in the United States on a day to day basis.

The number 4 slot goes to President Pro Tempore of the Senate, and at the moment that is Robert Byrd a Democrat from West Virginia.

That means that prior to the November 2008 general elections women already hold the number 3 and 5 spots in the chain of command. The perceived glass ceiling of a woman becoming Vice President is just phantom glass, only being elected President will truly smash that glass ceiling. It also is obvious that John McCain’s reason for selecting a female running mate was just a tactical ploy to win the election. Had Hillary Clinton won the Democratic nomination, that would have been a significant gender based accomplishment.

This list is based on the 25th Amendment of the United States Constitution that was ratified in 1967.

For a more up to date review of this please follow this link.

« Hobbies of the future Pattaya’s most extreme sport »