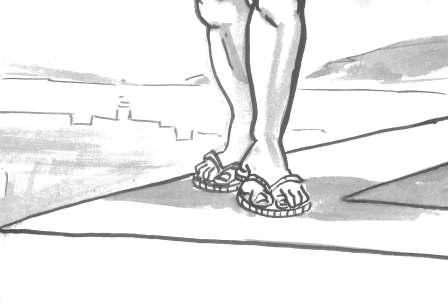 When you hear the name Pattaya Thailand, one of three words comes to mind. Those three words are fun, sun, and sex. However Pattaya is developing another sad reputation that the locals know about, but does not seem to find it’s way to news outside of the area.

Pattaya besides being the sex capital of Thailand, is a nice beach side tourist community. There is a variety of things to do from hanging from a parachute while being towed by a speed boat, to banana boat rides, or just soaking up the sun on the beach. There is also the usual fun and frolicking on Walking Street where the naughty nightlife is centered.

Pattaya has a way of consuming people with it’s no holds barred approach to having fun. Having fun is a big part of Thai culture and quite frankly some are not ready or able to handle the full on fun of Pattaya. Sometimes being consumed means your heart is broken and your bank account drained. Even the people who frequent the nightlife in Bangkok can only endure Pattaya’s nightlife for a few days at a time. Everyplace you turn there are beautiful sexy women looking to make you happy any way they can. But as far as the pendulum swings on the plus side, it also swings back just as far on the negative.

Unfortunately the extreme sport that Pattaya is getting known for happens about once a week. That sport is someone taking their life by jumping off a building. There is no particular reason for this although a few common themes are repeated. Also it is not only men who jump, women jump too and some of them are Thai. 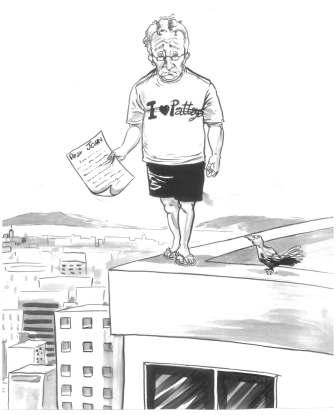 Some have jumped because they were completely taken by a girl who used sex as leverage to befriend him and assisted him in making his life savings hers. That is listed under love him and leave him. There is the I don’t want to leave Pattaya jumpers. For those that have learned to handle the full on of Pattaya, being forced to leave can be too much to endure. Pattaya is very addictive particularly when the world outside Thailand is being consumed by political correctness. Pattaya is a place you can go to escape all of that politically correct madness. Having to go back to what some clearly say is hell is very undesirable.

For the Thai women that jump, it is usually because they seem to have found a dead end in life. Going to work in Pattaya is a way of making money fast if you are willing to work in the sex trade. Others go with the hopes of meeting a non Thai man for marriage. Many Thai women are single mothers who were abandoned by their Thai boyfriend or husband. As a result Thai men are off the menu for them. The responsibility placed on these young Thai women can certainly cause mental illness if they encounter failure in Pattaya. For them Pattaya is seen as their last best hope.

Some jump for health reasons, and others just jump because they can’t find proper western oriented mental health providers to help sort out the issues. Successful bridging of the cultures is not easy and particularly so when one is in a suicidal state of mind. There are painfully few western mental health providers in Thailand who have a private practice. International schools employ western counselors for the students, but they do not have private practices. They even have a difficult time in locating qualified professionals for outsourcing.

The Thai laws work against this too in that only Thais can be doctors. If a western psychiatrist wanted to come and set up a private practice in Thailand the laws would not allow it. There are some work around ways but for many it is not worth the effort. Psychiatry involves prescribing drugs and Thai law views that as Thai only.

Of the mental health professionals in Thailand who are not Thai, they range from Psychologists to trained counselors. Connecting the Dots did a story on mental health in Thailand read it here that outlines some of the cultural reasons behind the lack of help.

Considering Pattaya has a population of about 100,000 and Bangkok 8,000,000, the fact that there are more suicides in Pattaya says there is a major concern. Only sourcing the English news and not the Thai news can skew the numbers seen, but suicides of Thais are seen in English news too.

Connecting the Dots does not want to make a habit of writing a story to promote a private business, however we will consider paid advertisement. But in this case in the interest of saving a human life, Connecting the Dots wishes to point out that one of the very few western mental health providers in Thailand has seen this and has started to get the word out in Pattaya. A new website who’s picture we borrowed for this story is directed at ex-pats living in Pattaya. So if you are in a position to inform someone who may be considering Pattaya’s most extreme sport, do the right thing and let them know there is help where there was non before. You know inside it is the right thing to do and that is why we will too. Click here to save a life.

📂This entry was posted in Mental Health Thailand