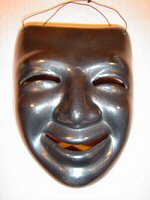 The organic mud Thailand’s People Power Party (PPP) has been repeatedly stepping in is still being tracked around. Unfortunately for the PPP, it just does not go away on it’s own.

Starting off with the Preah Vihear temple dispute with Cambodia, with bullets flying and blood being spilled, this issue is far from closed. Although the PPP would love to let this bit of organic mud disappear on it’s own, that looks unlikely.

The issue of the fallout from the staged state of emergency for the hired riot looks to be significant. There is a one two punch with this, people afraid to travel to Thailand or already changed their plans, and the souring world economy thinning the pack of the people who wanted to travel to Thailand anyway. If there are any doubts, just check hotel bookings for a realistic number.

There is the issue of not doing anything for the country and only doing things for the fugitive Thaksin Shinawatra. The relentless desire and tricks to get people to support changing the Constitution is in full swing. Inviting respectable people to partake in the rewrite is nothing more than a psychological ploy. The PPP have shown no intent thus far to do what is right for Thailand. This is just like the bait and switch sales tactic. They start off by luring people into a store with a good deal, but once they get that person inside they tell them it is out of stock and try to sell them something else. Best advise is to stay away from touching the Constitution. The passion the PPP have for changing it is way too intense to be anything good for Thailand. That is an absolute no brainer.

The issue of Thaksin’s passport, common sense is to take it from Thaksin because he is a fugitive. The contrast between right and wrong is about as sharp and crisp as it can be, yet Thaksin still has it. This shows that the new PPP people on top as just as bad as the ones before. All the more reason to not trust them or accept anything they say that sound good or genuinely sincere.

The turnout from the Bangkok election that shows the Democratic candidate getting about twice the vote of the PPP candidate sends yet another message to the PPP that too will be ignored.

The arrests of the People’s Alliance for Democracy (PAD) leader clearly shown another layer of insincerity by the PPP.

The position of the PAD although some may say extreme, essentially is the right unwavering direction needed to save the country from endless fighting. Thaksin’s influence must be ended if there is any hope of healing the divide cause by Thaksin. With each passing day, no doubt more people are coming to this reality and siding with the PAD. Even the blind are beginning to see by way of their empty stomachs.

Although the PPP have the seat of power at the moment, the constitution keeps them in check and from getting totally out of control. Removing the check of the Constitution, and they will rise to the relentless uncaring power of the Thai Rak Thai. The Constitution can be seen as the lock on Pandora’s box, it must not be tampered with.

Bottom line is although the PPP may have a wonderful smiling face in the big chair, their actions only say that face is nothing more than a deceptive mask. People must ignore the smiling mask as it is the servant of the devil who wears it.