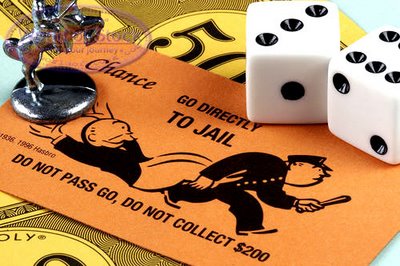 As the reading of Thaksin’s verdict started mid afternoon, dark storm clouds and the rumbles of thunder were gathering in the sky over Bangkok Thailand. That was an eerie reminder that several days of persistent rain fell on Bangkok in the midst of the dry season when Thaksin’s party the People Power Party (PPP) took power early this year. To a superstitious Thai and even those who are not, the symbolic nature of storm clouds on such a significant day has a meaning to each.

The PPP are now faced with a dilemma that they had hoped to avoid. Their actions have been in support of a criminal. No longer can the excuse of not being convicted be used. Thaksin is guilty and the long reading of the verdict leaves little doubt as to how thorough the court was in their deliberations.

From this time forward any actions that look to help Thaksin will be seen as aiding a convicted criminal. What penalties the Thai law has for that are yet to be seen. In other countries jail time is a common solution for such bad habits. Such future Thaksin supporting moves by the PPP can no longer be name political, because in fact they will be criminal.

The sudden rush to rewrite the Constitution in 120 days and not the 240 signals panic and also impending doom for any chance Thaksin may have to whitewash himself. In fact every move the PPP has done so far in October has been based on panic. The need to present policy to Parliament that resulted in so many injuries and death was done out of panic.

The hot potato of Thaksin’s passport that is getting tossed back and forth between the Prime Minister and foreign Minister now gets even hotter. To not revoke it along with all other travel documents simply says aiding a fugitive. The high court has spoken and what must be done for the PPP to hold on to any possibly remaining shred of legitimacy is very clear. Simply anything short of pulling the plug by dissolving Parliament will be seen as wrong by an even wider global audience.

The pro Thaksin groups will now be seen as trouble makers if they persist. This is very important in the eyes of the global community and will have lasting effects on tourism and the stability of the country. Any attacks on the People’s Alliance for Democracy (PAD) will be seen in a different light now that the high court has agreed with the PAD and it’s accusations against Thaksin. Essentially the guilty ruling against Thaksin has lent another layer of legitimacy to the PAD. Other layers include members of the royal family attending the funeral of a PAD member who died on October 7.

The next several days in Thailand will be crucial and very unstable as negative emotions will be running high with the pro Thaksin groups. The fact that they are prone to violence, that the banned 111 members of the dissolved Thai Rak Thai (TRT) are using words like enemy and implying revenge, the fact that the 111 banned TRT are consulting and assisting the PPP all spells big problems, and all driven by greed and the desire for power. Much of what will happen including communications from Thaksin will be for show for Thaksin’s voter base in Isaan, whether it will be successful or not is not known.
Quoting the Nation;

“Our mission would not be accomplished without Newin. To fight the enemy, we need an eye for an eye policy. The men who can do that are Newin and Yongyuth. We need Newin,” a key club member, who asked not to be named, said.

There are too many things that could happen in the next several days, and way too many variables to consider to make an accurate prediction. So the best advise that can be given is be ready for anything. If Yongyuth gets involved there will most certainly be more blood spilled. His reputation of shoot first and ask questions later is consistent. It was also his reckless actions that have put the PPP on the road to being dissolved.

« What of our children Cheating the test »

One Response to Political fallout from Thaksin’s guilty verdict