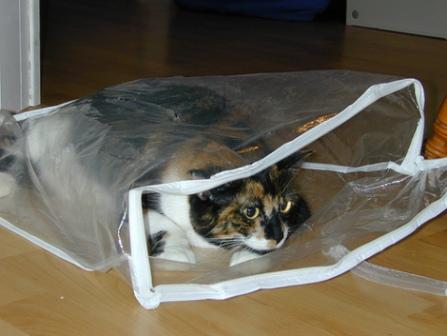 The fugitive Thaksin Shinawatra is hiding in London to escape his waiting Bangkok jail cell. However because Thaksin has chosen the high profile road, he seems to have forgotten that he is exposed to the wrath of others who may choose to pay him a visit from Thailand or wherever.

Thaksin’s arrogance and ego may be his absolute final downfall. He continues to stir the pot in Thailand and with that the hatred so many Thais have for him. If he were to simply shut his mouth and go away he may actually survive. Sooner or later Thaksin’s mouth will drive someone to go and put him out of his misery one way or another. With literally millions of people who hate and despise him, the odds are very high one or more are already planning a road trip to London.

Doing the math with 1 million people angry at Thaksin, and assuming that only 0.5% would be motivated enough to go and pay a visit to Thaksin, that is still 5000 people. Knowing that 1 million is an extremely low estimate, you can start to see just how many people are willing to go and pay Thaksin a visit.

Recently Thaksin’s Rolls Royce was damaged. This was simply a Thai style message to Thaksin that he may be difficult to reach with legal means, but not by other means. Unfortunately Thaksin failed to get the message.

This certainly can cause a bit of embarrassment for great Britain as Thaksin will no doubt invest into heavy security. So to imagine what that is likely to look like, picture a Mafia boss with an army of body guards bouncing around London. With Thaksin’s well known face because of his involvement in the Manchester City football club, onlookers will know exactly who he is and what he did. So the sight of a convicted criminal with an entourage following him around will most certainly add an esthetic effect to the city. No doubt this scene will be repeated daily.

This subtle reminder that Thaksin has properly pissed off enough people that he must invest in heavy security, leaves Great Britain with a bit if an image dilemma. That brings up the question if Thaksin can endure the pressure of public scrutiny and protests. Thaksin has already shown he has a very low tolerance for public scrutiny, so it would not take too much poking and prodding to make Thaksin loose it. Thaksin has been successfully chased away by protesters in Bangkok, and he violently retaliated. However that is not an option in London. If he was to do that in Great Britain, there would be a second cell waiting for him in London with an invitation to stay for more than two years.

The ‘Piss Thaksin off in London’ game would eventually work well for the significantly sized anti Thaksin group, as it would force Thaksin’s hand, and chances are it would be an illegal move on Thaksin’s part.

In reality the safest place for Thaksin is sitting in the Bangkok jail cell that awaits him. Being there it would defuse much of the tension in Thailand, and calm the fire inside the people who would hunt Thaksin down. Also being in jail would remove the temptation of speaking out to stir the pot.

📂This entry was posted in Law And Order Thailand United Kingdom

« King and country or Thaksin Thaksin’s next degrading of Thais »