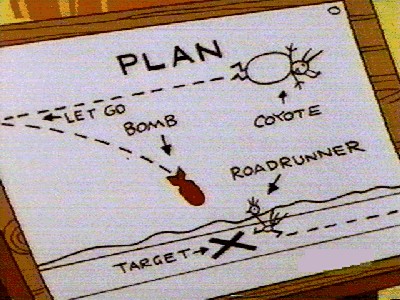 When terrorism first showed it’s ugly face many years ago, terror was what people felt. The sights ans stories were horrifying. As time went on people got use to it and it became more of a reason to get angry. When the terrorists discovered their desired psychological punch was becoming wimpy and ineffective, they changed their tactics to be more horrific. That is when the terrorist started cutting off peoples heads. That had the desired effect however that too now has faded to anger.

The sudden increase in involvement by many governments against the sea piracy from Somalia is another example of how the mood has changed against terrorists. The United States is in Afghanistan for the same reason.

With the latest bombing tactics of the pro Thaksin group so closely resembling the tactics of terrorist, the subconscious parts of peoples minds are making the connection that they are in fact the same. With that connection comes the anger and rage that so quickly comes spewing from people when terrorism is talked about. It is to such a degree that terrorism can almost be renamed angerism, however that word has yet to find it’s way to dictionaries.

Along the way Connecting the Dots has done a series of stories when major attacks were made on the pro Monarchy group by the pro Thaksin group. After each attack, the pro Thaksin group lost ground. That would not have happened if the anger against them was not there. Events include the forceful attempted eviction of the pro Monarchy supporters from the Government House, the October 7 attacks at the Parliament building and so on.

Connecting the Dots sees the makings of the grenade attacks being the rally call to take and hold another bit of real estate with that being the Parliament building. Ironically that may leave Parliament needing to have their meetings in a aircraft hanger at the old airport next to the government meetings that are presently being held at the old airport.

The consideration must also be made that the attacks by the pro Thaksin group may have been a factor of consideration the British government had when they canceled Thaksin’s passport.

You may have noticed Connecting the Dots has decided to stop referring to the pro Monarchy group as the anti Thaksin group. The reason for this is very simple, that is exactly what they are. By starting to speak about them that way, the pro Thaksin people will eventually start to realize what they are doing and give second thoughts about their actions of going against their beloved King. There has already been reference by some pro Thaksin people requesting that the pro Monarchy people stop wearing the color yellow as they don’t want the psychological connection to be made that in fact they are fighting against the Monarchy. It is all about repackaging.