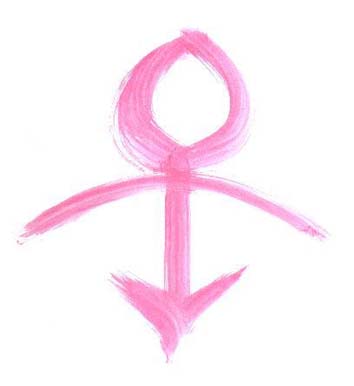 The recent vote in California on Proposition 8 that banned gay marriage essentially is an embarrassment to human intellect. It has been at least 20 years since the proof that sexual attraction is not elective. Very simply you get what you get and have absolutely no say in the matter.

Sexual attraction can actually be seen in a microscope. It does not matter if the brain came from a female or male, there are certain markers that show the sexual orientation. The study was done some years ago where 60 people donated their bodies to science. There were 10 straight men, 10 bisexual men, and 10 gay men. The same came from women with the same breakdown. The study showed that depending on the number of certain markers is what sets the sexual attraction. Lacking markers you were attracted to one sex. High numbers of markers you were attracted to the other sex. Those that had a moderate number of markers were bisexual.

With that said sexual attraction can be said to be part of nature. That is what science has proven to us and we can forget about any other belief and move forward with the power of knowledge, unless the ignorant and other closed minded people have deep pockets and can influence an election.

The religious group that pushed the ban seems to suggest that with money or some other influence, you can be made to be attracted to a sex that you now are not attracted to. So imagine if that 700 Billion dollar bailout was given to you to change your sexual orientation, it would absolutely work right? We will even make all that money tax free if it helps, would you change? Well the answer is absolutely no. You may do it just to get the money, but inside it would disgust you to do it.

The lifestyle argument also holds as much water as a colander. It is grossly upsetting that Americans who pride themselves at being at the front of the pack can be so ignorant. To punish people for something they can’t control, would be like outlawing the wrath of nature as a result of global warming. Imagine a law prohibiting another Hurricane Katrina because it was so damaging. It sounds stupid because nature does not care about man made laws. Nature does what nature does, and most certainly we are part of nature.

If a religion chooses not to conduct a marriage, then that is their choice. There are always civil marriages available. But to extend that ban to marriages that are outside of religion may actually violate the separation between church and state. The bottom line is this whole reversal is an embarrassment and it shows how ignorant Americans still are. This decision has thrust America back to dark ages thinking that ended before America was born in 1776, and that is very sad indeed.

Religions and particularly the Catholic religion have enough self made problems with sex. Between the absurdity of not having protected sex with a condom, to priests chasing altar boys because of the sexual restrictions imposed on priests, to the now backward ignorant arrogant view on sexuality, they need to get themselves sorted out first. No wonder the church is shrinking.

The white black segregation days have fallen to acceptance that the color of ones skin does not matter. The thought of outlawing what sexually disgusts a straight person is truly what this is all about. The last time we checked, sex was a private matter between 2 people. If those people are in love, why should others try to punish them for something that is out of their control.