Scraping the bottom of the crony barrel 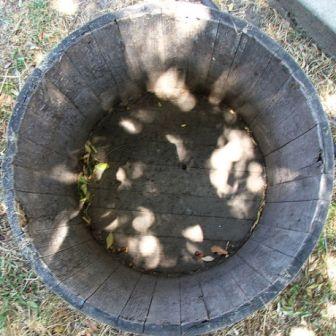 With more than 145 of Thaksin Shinawatra’s key cronies now disqualified from politics, Thaksin’s candidates for Thailand’s next Prime Minister is starting to look like the ‘C’ team roll call. Some of the candidate options are severely embarrassing.

Lets face the facts, there are natural leaders and natural followers. Leaders make up a very small percentage of the population. That is why so often we see the sheep mentality played out. Thaksin himself on numerous occasions has said or implied that he is the only smart one and everyone else is just his helper. In fact he just recently made the same reference in a veiled way cited in “Mad Thaksin”

There is so much difference between Thaksin’s number 2 Thai Rak Thai man and the choices he has now it is not even funny. It is even difficult to write about this factually or metaphorically as the selection field is that skewed.

So picture this embarrassing situation, all the candidates in one way or another have very low ratings in the recent performance polls. With 10 being best and 0 being worst, numbers in the 3 something were seen with some. Needless to say if that is the case, then they are a failure just waiting to happen if installed as Prime Minister.

Using your imagination just ever so slightly, the words ‘here we go again’ seem to pop to the forefront. If you have been following along about how over 90% of the Thai people are embarrassed by this bunch, you can clearly see that reason for embarrassment once again emerging or simply never left.

On the other side, the democratic party has a very good candidate for Prime Minister, and it truly makes all the sense in the world to install him. He has the education and the correct set of morals and ethics that the global community can relate to. He also will be the fastest way to get Thailand tourism (presently in cardiac arrest) out of intensive care up and running. The fact he is not from the same group that has caused Thailand’s problems for much of this decade, he may well be Thailand’s Barack Obama at this point. He already has respect in the international community. Once other countries see the same old games are over, tourists will return. However because that is the case and installing him would put a big dent in Thaksin’s plans, you can come to your own conclusion on how that will play out. A solid ‘A’ team player from the democrats, versus a quasi ‘C’ team player from the Thaksin crony camp is eventually how it will play out.