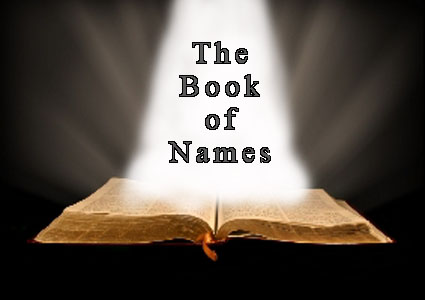 It is interesting how Americans sometimes disrespect people in how they use their names. Although at heart it is not intentional, it is a case of sheep mentality in many cases.

Lets start off the list with America’s favorite terrorist Osama Bin laden, his name is said in full practically every time. But when it comes to President elect Barack Obama, Americans call him Obama. Some how this does not seem right. The bad guy gets the respect while the good guy does not.

When it comes to talking about President Bush, they call him President Bush and not Bush. That is a proper way to address a sitting President. Then again some past presidents are only called by their last name many times like Lincoln and not Abraham Lincoln.

When you go to your doctor, you may know their first name but you still call them by their degree as doctor. All of this is very confusing.

If you think about the uniqueness of the name as being the reason, then explaining Tiger Woods completely blows that theory. Perhaps it may be the ease of saying a name. Obama flows off the tongue a lot easier than Barack. After all Americans tend to invent things to promote being lazy and getting fat like the remote control, drive thru windows and the Segway.

Perhaps it is a sense of familiarity with a person. After all anyone who watches Oprah can easily see her as a friend even that they have never met. The same type of comfort can be felt with Obama as he seems more like one of us and not one of them when it comes to being down to earth, all while tip toeing through the minefield of political correctness. For some reason this seems to make the most sense, but then again there is no home boy rule book on names. The days of “Leave it to Beaver” are long gone when Mr. or Mrs. Was used in nearly every reference to a person. That went out with black and white tv.

So now the dilemma of insulting or degrading a person because of being to lazy to push out a few more vowels. One does have to stop and think how they would like to be addressed. Sometimes a nickname is fine while others prefer all the credentials. If someone says his name is John and the person replies calling him Jack, it leaves you wondering if one person needs to be checked for earwax buildup. No matter how you look at it, it becomes and interesting observation.

📂This entry was posted in Satire United States

One Response to Names