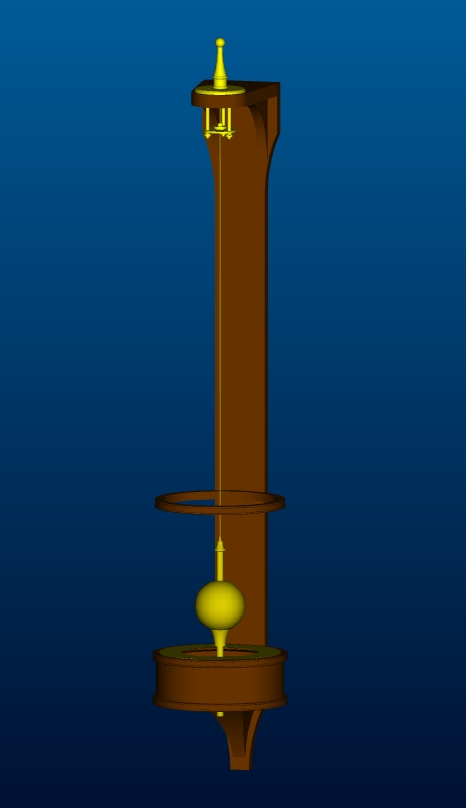 Lately politics in Thailand can be best described as a swinging pendulum. Someone pushed the pendulum off center, and now the Thai people look to allow it’s momentum and energy to be disbursed naturally until it comes to rest. Look at the person who pushed the pendulum and why, and you will discover the source of Thailand’s problems.

The person who initially pushed the pendulum off center was then Prime Minister Thaksin Shinawatra. His desire for power and money was super sized as compared to others that came before him. In August 2005 Thaksin had pushed the pendulum as far as he could. At that point he could no longer keep all his corruption out of public view. Things were breaking the surface and he could not and would not answer the valid questions the Thai people had. That is the point that the pendulum slipped from his hands and it began to swing back the other way.

Assisting the pendulum’s swing back to center was the People’s Alliance for Democracy (PAD). The efforts were gathering energy and the pendulum reached center point on September 19, 2006 when Thaksin fell to a coup. The swing of the pendulum continued and reached it’s high point in September 2007 and then started to swing back.

The September 2007 high point was reached when the installed caretaker government showed it lacked the ability to deal with the problems left behind by Thaksin. Thaksin had taken Thailand to a level that only a very few Thais could manage. The Achilles heel of Thailand was allowing the pendulum to swing back to Thaksin.

In December 2007 the pendulum once again passed the center point and now favored Thaksin. When the pro Thaksin government was sworn in then set off ignoring the needs of Thaksin and focused their efforts on bringing Thaksin back to power. This selfish arrogant stance was to be a contributing factor to reversing the pendulum’s swing once again. The efforts to push the pendulum higher towards Thaksin failed because where there was once a physical push by Thaksin himself, there was now only the wind of a passed storm. Simply put there was no knowhow behind the words. The same Thai Achilles heel was now working against the now convicted fugitive Thaksin. The Thaksin cronies had little if any ability, even less than the appointed government that they replaced.

In early December 2008 The pendulum once again moved past center point to move against Thaksin. The dissolving of the People Power Party (PPP) and the shift of the coalition to the Democrats signified the pendulum’s move past center.

Now the Democrats must not only face the difficult task of sorting out Thailand’s problems, they must also deal with attempted sabotage from the Pro Thaksin camp. The pro Thaksin camp has become so inept they can not or will not name an opposition leader. Without a leader they resemble a meaningless blob or stain.

With the elections of January 11, 2009 clearly showing a move towards the Democrats, it further disgraces the Pro Thaksin group. Connecting the Dots predicts that there will be more defections as each person in the pro Thaksin camp comes to the reality that each passing day, the chances are less and less Thaksin will regain power. Although Thaksin himself is in the midst of a psychotic crusade, his followers will eventually do what they have always done, and that is base their decision on what is best for themselves. Even Thaksin’s red shirt supporters will fade as their local leaders come to the same conclusion and a change is needed.

This leaves the Democrats with several things in their favor. They must tend to several things at the same time. All items are of equal importance. They are to take care of Thaksin supporters to put water on Thaksin’s fire. Reunite Thailand and heal the divide Thaksin is causing. Tend to Thailand’s economy and restore confidence in they eyes of foreigners who look to spend money in Thailand. Bring Thaksin to justice to show the international community Thailand has the ability to be accepted into the realm of countries respected by the west. By doing this it will allow the pendulum to come back to it’s resting point. Failure to do any of this and the pendulum will once again swing past center.

The task is not easy, but for now the Democrats appear to have the blessing of the Thai people.

One Response to Political pendulum in Thailand