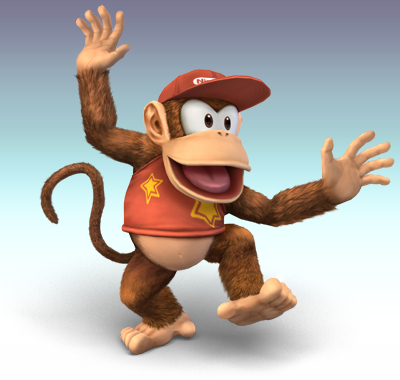 Fugitive Thaksin Shinawatra red shirt supporters are getting the reputation of being amazing. The amazement comes not from their grasp of reality, the amazement comes from them being consistently so far off the mark.

When you do a side by side comparison with the Democratic Alliance Against Dictatorship (DAAD) red shirts and the People’s Alliance for Democracy (PAD) yellow shirts, the differences are amazing. The PAD had clear goals and what they were looking to do was connected with reality of the situation. The PAD were looking to protect the Constitution from Thaksin and his cronies, and at the same time oust the self serving government from power. They also recognized that the lesser educated Thais that make up Thaksin’s power base were not educated enough to make the right choices. Because of their huge numbers they could influence the election outcome and move Thailand backwards. Another key comparison is the people who attend PAD rallies did so because they love their country and their King, and did not want to see Thaksin take Thailand for himself.

As for the DAAD and the red shirts, the differences are amazing. The red shirts attended rallies because there was financial gain for them. In short they were paid to go. They also were not shy about violence. The PAD often found themselves defending themselves from red shirt attacks. However what is shaping up to be their new signature, is the so called reason they are having their rally being so far off the mark.

If you take the face value of why the DAAD is having a rally, it becomes obvious even to a blind deaf mute that they are off the mark. Take for example the so called silent coup. The simple fact was there was no coup. What happened democracy worked together with the powerful new Constitution. However because the outcome was not to their liking, the silent coup was invented. Keep in mind here the lesser educated Thais that would actually believe that and want to join the rally to fend off this silent coup.

The next far off the mark is the issue, is about the new Foreign Minister’s comment about the PAD rally at the airport being fun. If taken out of context as the DAAD has done, it may be an issue if you twist and bang at it enough with a 10 kg sledge hammer. The fact is the PAD rallies were fun with plenty of entertainment between the red shirt attacks. The local media often showed Thai mothers with their young children in tow heading to a rally to enjoy the day. The rally at the airport was no different, all the fun entertainment followed from the Government House rally to the airport.

Because of this far off the mark conclusion the DAAD seems to have, they are promptly ready to piss off all the countries in the Asean Summit. Seeing as all this is trackable back to Thaksin, and knowing Thaksin’s habits about dealing with others, the thought has come to mind as to how many of the Asean countries have refused Thaksin entry based on his fugitive status, and how many more will deny him entry if the DAAD disturb the Summit. At any rate if the DAAD go through with their plans there will be fallout for Thaksin when it comes to him moving about.

If you have been reading along, you will have seen Connecting the Dots likes to make predictions. Our accuracy is roughly 4 out of 5 correct. However when it comes to reading the DAAD, Connecting the Dots has not studied their leaders in any great depth thus far. So our DAAD predictions would naturally be less accurate. The constants thus far are the DAAD is not shy about resorting to violence, and they are far off the mark when it comes to their alleged reasons to rally. Their goals are much less defined and have phantom substance. The DAAD also seem to not think things out very well and act on impulse more than logic.

So as for making a prediction on what will happen on January 21 when the DAAD will hold their next rally, it is hard to say. The only sure thing is they are hurting themselves more than others at this point. Their credibility is starting to slip significantly. They are also hurting the chances of a significant make over the Pheu Thai wants to make for themselves. It is the guilt by association thing all over again as they are both closely tied to Thaksin.