The shining star that fell from the sky 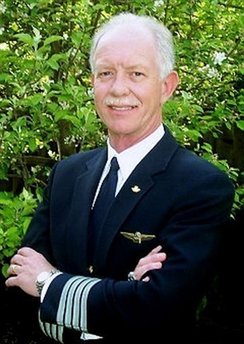 It is one of those stories that skirts the fine line between a happy ending and utter disaster that shows us the most about a person. This story goes not only to the pilot who save 155 people from a disastrous death, but to those people on the water who instinctively jumped into action to assist in the rescue.

This no doubt will be one of the stories that will be cited at the end of 2009. 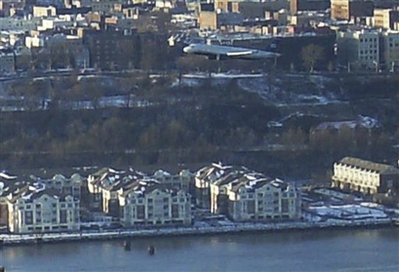 The cold water rescue of US Airways in the Hudson river along New York’s Manhattan island. After the pilot called into play all his cumulative skills from being a pilot of jets to gliders, he successfully ditched an Airbus 320 in the water. 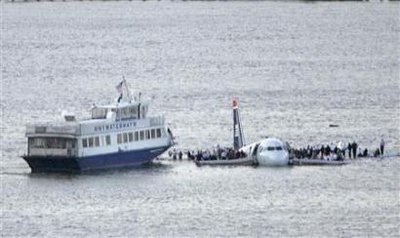 Then withing minutes the second team of shining stars were at work assisting passengers from the wings of the sinking aircraft to their ships and boats, and then ferrying them to shore even before the coast guard arrived. 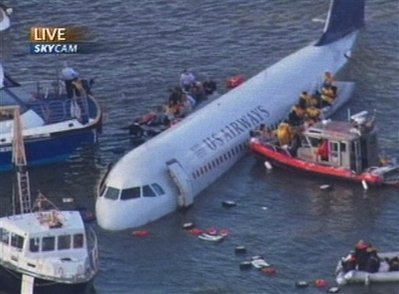 To that selfless act is what Connecting the Dots offers the shining star for. 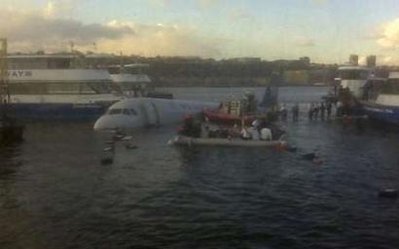 NEW YORK (Reuters) – New York feted its latest hero, the pilot who landed a distressed US Airways jetliner on the Hudson River, saving all 155 on board in what experts called a masterful job under life-or-death pressure.

Chesley “Sully” Sullenberger had yet to appear in public a day after he brought the Airbus A320 to a textbook emergency landing on Thursday on the river between New York City and New Jersey in what New York Gov. David Paterson called “a miracle on the Hudson.”

New York Mayor Michael Bloomberg said the pilot could not speak publicly until he finished providing information to federal investigators, who plan to interview Sullenberger on Saturday.

The National Transportation Safety Board was investigating reports that the plane lost power in both engines when it struck a flock of birds shortly after taking off from New York’s LaGuardia airport, NTSB board member Kathryn Higgins told a news conference.

The jet was tethered to a sea wall down river, its left wing sticking out of the water. It was mostly intact but Higgins said both engines had become detached and were presumed to be on the bottom of the river.

Divers and sonar equipment were tracking the course of the plane after it ditched in the river near midtown Manhattan, Higgins said. Investigators plan to pull the plane out of the water and retrieve the flight data recorders.

Sullenberger, 57, a former U.S. Air Force pilot and air safety consultant, steered the crippled jetliner over the densely populated city and brought it down on the river, warning passengers to “brace for impact.”

“Hemingway defined heroism once as grace under pressure and I think it’s fair to say that Captain Sullenberger certainly displayed that yesterday,” said Bloomberg, who will present the crew with a ceremonial key to the city.

“This is a story of heroes, something right out of a movie script,” said Bloomberg, who also honored police and fire department rescuers and ferry operators who rushed to the aid of passengers.

A flight attendant broke a leg, but most people were unharmed except for suffering from the cold. Ferries rescued passengers from the wings, where they stood in 20 degree Fahrenheit (-6 Celsius) weather, their feet dipping into water of 41 degrees F (5 C).

As the plane began sinking, Sullenberger walked the aisle twice to make sure no one was left behind, Bloomberg said.

“After the crash, he was sitting there in the ferry terminal, wearing his hat, sipping his coffee and acting like nothing happened,” one police source told the New York Daily News.

“He looked absolutely immaculate,” a rescuer told the newspaper. “He looked like David Niven in an airplane uniform,” the rescuer said, referring to the debonair British actor. “He looked unruffled.”

STATUE IN HIS HONOR?

Paterson said an anonymous person had offered to donate $10,000 toward building a statue to the pilot.

Air traffic controllers said an “eerie calm” defined controller and cockpit communications as options dwindled. The plane lacked the power to return to LaGuardia or land at small Teterboro Airport across the river in New Jersey, an official of the controllers’ union told Reuters.

Radar showed the nearly 10-year-old jet making a series of tight left turns to head down the river, flying low over the George Washington Bridge before Sullenberger, from Danville, California, set the plane down in the river, kicking up a tremendous splash. 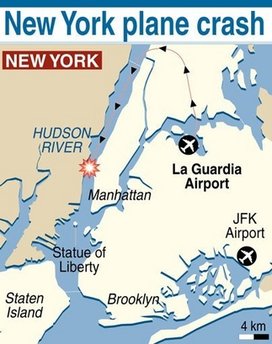 📂This entry was posted in Shining Star United States

One Response to The shining star that fell from the sky