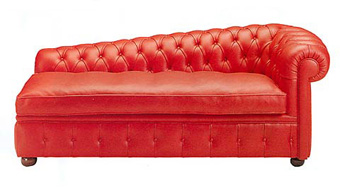 Connecting the Dots has decided to review the Thaksin interview with Asahi Shimbun. Our analysis is very straight forward to say the least as it clearly shows where Thaksin’s head is at.

This may look colorful but it is the easiest way to keep track of who is talking. The text was copied from the Nation and was Published Friday January 23, 2009. Connecting the Dots readers are more than welcome to kick this about a bit too.

The after thought occurred that perhaps the media or other publications that decides to interview Thaksin are doing so not so much to interview him, but to allow him to embarrass himself more with such obviously distorted views. It really does not take much knowledge of the events to know that there is no truth spewing from Thaksin’s mouth. This will most certainly make him less palatable to people who may choose to have dealings with him it the future. After all why would anyone want to do business with a person who spews lies and distortions in every breath.

Q : What put you in this difficult situation? Was it because you sold Shin Corp shares? Or you did not pay tax for that?

This is complete denial still trying to convince the world he was right. It makes no mention he changed the law just hours before so he could do this. This fall under if I say it enough it must be true. He also very deliberately tries to bring the Monarchy in again even that it is no way connected to the question. This is simply says that part of his strategy it to rally the Thai people against their beloved King, and he will introject that whenever he can.

Q : About new government? How to achieve reconciliation?

Here he continues to try to discredit the Thai courts and place the blame on everyone who does not side with him. This is classic Thaksin that if you are not with me then you are my enemy. The Members of Parliament who changed sides from supporting Thaksin to supporting the Democrats did so because they saw that was best for their own personal interests. He makes no mention he chased them away because he was completely out of control and it was becoming obvious to all except the most brain dead that he was bad news. But then again it is highly likely Thaksin is completely oblivious to this as he has been completely consumed by his psychotic crusade to get back into power and ignore all his criminal convictions.

Q : Will you continue to fight?

A : I will be 60 years old in July. I want to live peacefully. I want to see Thailand back to unity and reconciliation. The conflict can be ended only through negotiation but not one side. All parties concerned must be on the table. Otherwise. I have no other way to fight back on my reputation and prestige. Even I announced withdraw, people are still fighting because people think it’s unfair. injustice Even I die ,they will fight on.

This again a denial and attempts to invoke pity. Also as per usual what comes out of Thaksin’s mouth is completely opposite of his actions, as he is actively pursuing division as evident in the answers to the other questions.

A : Mr. Sondhi , manager group is just one puppet. I never consider him as my real enemy. The puppet of those who want to ousted me. Those who think that I am obstacle. He wanted to have his TV station but law didn’t allow. I tried to accommodate him but the law said no. That why he started to attack me.

(Appointment of Gen Sondhi as Army chief) It is probably the biggest mistake in my life . Gen Anupong ? He is also another puppet.

It is important to note the tense ‘want to ousted me.’ The fact that this is in present tense and we are now 28 months past the event clearly says he is still Prime Minister in his mind. It also says he will not stop as he sees it as present tense. Clearly out of touch with reality. Note: Thaksin’s English is good enough to have mastered tenses.

Q : Have you ever regret to enter to politic?

A : Yes. I still believe on Karma. Now I serve my last life Karma. I am losing money that all I have. It is not fair. If I can have Doraemon with me, I can be what u called Nobita. I won’t be politician.

Just another pity me remark and the well documentned It’s not fair.

📂This entry was posted in Analysis Law And Order Politics Thailand