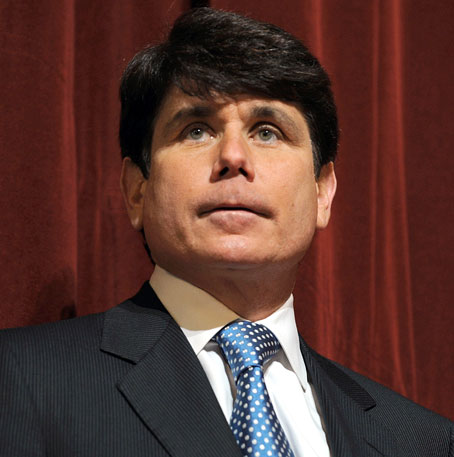 If there was ever anything to watch that may rival the 1995 OJ Simpson murder trial, this may be it. Illinois Governor Rod Blagojevich may be the chef ready to feed crow soup to the people who look to prosecute and convict him.

Connecting the Dots has been watching this unfold over the past month or so, and based simply on the actions of Rod Blagojevich, we feel he has a valid gripe about being the subject of a witch hunt by a bunch of ego charged witch hunters. Read our opening story here.  We have also covered a story on modern day witch hunts. Read it here.

One of the most recent namable events had to do with children being removed from a polygamist ranch in Texas. As that came full circle the court told the state to send them back as they did not have evidence to support the states claim the children were in danger. Other than making a bunch of news, the state was eventually fed crow as a result of ego charged witch hunters. It seems now it is Rod Blagojevich’s turn.

A quick summary is that Illinois Governor  Rod Blagojevich is being charged with trying to auction to the highest bidder, the US senate seat vacated by now President Barack Obama. That is a simple as it gets. From there it starts to look like San Francisco’s Lombard Street.

Doing a quick read on the body language and statements of Rod, Connecting the Dots feels he knows he is right, but he is like the child who’s parents refuse to listen to him. Rod has started a media blitz all while missing his impeachment proceedings. Rod has been touting that things are being taken out of context and that if all the evidence is viewed as a whole, he will be vindicated. But for now nobody wants to do that because they want their pound of flesh first. After all, with the high horse position many took saying they would reject any nomination for US senate Rod presented, Rod’s selection now is part of the US senate. Once cooler heads prevailed and they saw that Rod’s selection was not Rod, and in no way was he guilty, they had to follow the letter of the law and accept Rod’s selection. That was the first taste of crow Rod Provided.

It most certainly seems it has become a case of save their own ass because once all the tapes are played, that growing unemployment line in Illinois just may get a little longer with some former prosecutors at the end. To unseat a Governor based on accusations taken out of context, there may be more than just losing their job, they could see significant jail time themselves. Best guess if that happens, they could be seeing 10 years hanging out with all the people they sent to jail, but that is just a guess.

If this turns out to be politically motivated, there may be a few more people bunking up in jail than just the prosecutors. After all Illinois politics is known for it’s corruption, so that too is a good possibility that this is about to become a backfiring conspiracy to unseat this second term Governor who touted that he would go after corruption when elected.

Rod’s lawyer quit 2 days before the impeachment proceedings started, and based on what his ex lawyer said, Rod probably told him that all that needs to be done is play all the taped evidence and everything will be alright. Needless to say that did not mesh for whatever reason and they parted ways. In a very simplistic way Rod feels there is no need to do anything more than play all the tapes. His body language reflects this so there is no doubt he whole heartedly believes this.

This most certainly will be worth watching. Make sure you have plenty of hot buttered popcorn handy. Connecting the Dots feels heads will roll, and it wont be Rod’s.

« The Preah Vihear political minefield A few minutes to smile »