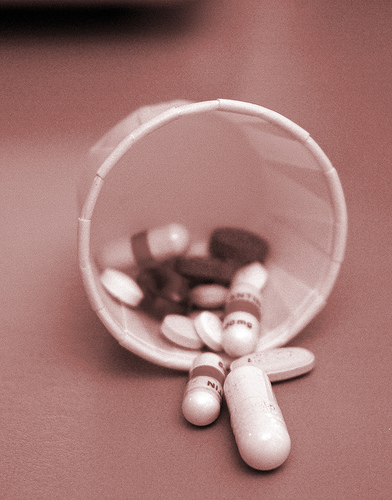 It is becoming more and more obvious to even the untrained eye that Thaksin Shinawatra is not the man he once was. Talk to a taxi driver in Bangkok who is from Kohn kean in Isaan, and you will probably find yourself talking to a staunch Thaksin supporter. But when the taxi driver comes out and says it is not the same Thaksin from 2006, you begin to realize just how obvious Thaksin’s mental state is to everyone.

There is no doubt Thaksin is in denial and only his money cushions him from the harsh reality that what goes around comes around. The things he is saying now simply have no basis in reality. It is easy to tell when thaksin is not telling the truth, and when he is babbling on about some delusion. For example Thaksin made a point to say that the most recent red shirt rally was not funded by him, simply means it was. The fact that was repeated several times by Thaksin followers only further supports the fact it was Thaksin funded. But when he talks about being President of Thailand when no such post exists, you start to see some major cracks in his mental state. Talking like that and the next image that comes to mind is an Orderly dressed in white and a nurse with a small paper cup filled with assorted psychiatric drugs escorting Thaksin back to his room.

Suthep said Thaksin had made it clear he would not give up and one day he would came back as President.

“But this cannot happen  because Thaksin has said so. It depends on whether Thai people accept it. Thai people do not need to worry. The government will do its best,” Suthep said.

Former Prime Minister Somchai Wongsawat suggested that the government and Thaksin open a negotiable table for the sake of peace in the country.

Somchai was responding to Thaksin’s 20-minute phone-in to a Pheu Thai Party seminar that he would return to the post of PM.

During the phone-in held at a resort outside Khao Yai National Park, Nakhon Ratchasima.

Thaksin affirmed to the MPs and executives of Pheu Thai that he would fight his opponents in his quest for justice.

The topic of this post is not so much of Thaksin’s mental state, but of how obvious it is to his lesser educated supporters. If it is very obvious to them, then for the most part Thaksin is finished.

The taxi driver mentioned at the start of this post was for the most part, more educated than the average cab driver. The discussion involved that he was not the only driver who sees a change in Thaksin. Although the reason why may elude them, the change is there. Using one finger he pointed to his head when Talking about Thaksin to signify he thought Thaksin was losing it. Another point is the taxi driver brought up the topic of Thaksin, so obviously it was a point of concern and was soliciting a second opinion from a non Thai.

If Thaksin’s mental state is as such, then you can expect him to spend every last Baht he has on seeing this happen. As it would be, some of the charges he faces say that money is not his and belongs to the Thai people. So it is best to haul him in sooner than later, and that means whatever passports he has needs to be revoked.

There is no professional opinion needed here, people simply see it. Now every time Thaksin calls in it becomes more obvious, particularly so when it is pointed out to watch for. Topics out of context and clearly directed at who he felt did him wrong show a disturbed state of mind. That list included the Privy Counsel, and the British Government to name a few. The Thai people who support Thaksin don’t want or need to hear about that. They want to know what Thaksin’s plans are for them, and not about revenge on his enemies.

As it would appear, there is no psychological warfare being played on Thaksin, or at least non that is in public view. So that leaves Thaksin’s state of mind being self induced and driven by his single minded ego. If that is true, then there it is only a matter of time before Thaksin implodes and suffers a complete mental collapse. When that happens, whatever empire he built up will quickly evaporate as business connections sever themselves from Thaksin leaving him to his own worst enemy, and that is himself.

One Response to Thaksin showing signs of mental illness