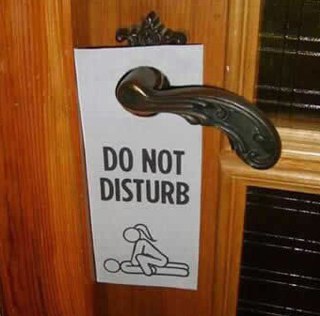 The tried but failed list is both old and long. It has tens of thousands of names and has been around for several millennium. Although Thailand’s Prime Minister Abhisit Vejjajiva just added his name to the list, the outcome is already decided.

In a direct response to the story below, Prime Minister Abhisit gave orders to take action to stop the sale of sexual services on the Internet. Unfortunately the only way that will stop is if the Internet is removed completely. Seeing as that will never happen, the outcome is already decided.

As the economy sours, there was little doubt more people would opt to sell sexual services. There is one difference here that is pointed out. Where typically revenue from sexual services is sent home to help support the family, it would seem this is more for money to get that latest bit of gear. That is probably why the attack has been waged by Abhisit.

The government knows but will not openly acknowledge that the sale of sexual services is typically not self serving. The money goes to help support a family where the government has fallen short. Because of that a blind eye is given. But when it becomes self serving revenue, a moral line has been crossed. That is one thing that sets Thailand apart from the rest of the world. That is also why many men would go with a Thai and not with another because it is a sexual service for a good cause. There is a certain positive emotional feeling that sets it apart from seeing that money go to drugs or whatever.

Colleges and universities ought to take action against students found to have engaged in “direct-sale” prostitution via social-network websites like Hi5, according to a well-known academic.

Assoc Prof Sukhum Chaloeysap of Suan Dusit Rajabhat University said all institutes of higher learning should admit the problem existed and join forces to combat it.

Some students are said to have touted sexual services on Hi5, which has links to more than 1,000 other websites that openly post students’ pictures, many in uniform, and suggestive messages.

He urged the principals of colleges and universities to investigate.

Many students’ part-time jobs are affected by the economic slowdown, driving some to prostitution to earn extra money, he said.

He said Suan Dusit had established a call centre to keep students informed and provide counselling on personal and other problems while offering more part-time jobs to support needy students so that they could earn an extra Bt3,000 a month.

Meanwhile, Culture Minister Theera Salukpetch yesterday said the ministry would write to the ICT Ministry, Education Ministry, Social Development and Human Security Ministry and Royal Thai Police as well as Internet service-providers asking them to step up the watch for prostitution on the Web.

He blamed the online student sex trade on youth’s faulty values and overspending on luxurious and unnecessary items that drove young people to such lengths to get quick cash.

He called for strong families and proactive educational and religious institutions to counter the trend.

Ramjitti Institute director Dr Amornwit Nakhonthap said the Internet flesh trade was a long-standing issue and he was not surprised that a popular website like Hi5 was used as a channel for it.

He said this reflected young people’s idea that switching sexual partners was common and it also changed the erstwhile perspective that only poor children sold themselves, citing a survey that found that most young people in the sex trade were not poor but just wanted money to buy things.

He urged the government to promote healthy values by praising young people who set a good example and to speed up projects to find jobs for students to earn extra money in salubrious ways.

“Direct-sale” student prostitution came to light when Thais aboard urged the Culture Ministry to investigate after they found Thai students, both male and female, posting their pictures, vital statistics, universities and telephone numbers with a view to sexual favours priced between Bt1,500 and Bt3,000.

📂This entry was posted in Sex Thailand