You can’t please everyone 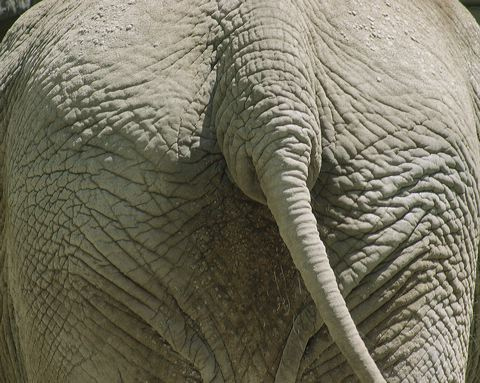 Some people will complain no matter what you do. Even when President Obama signed the biggest stimulus bill in history, there were still complaining voices heard although with outstretched hands looking to receive the money.

This is just one of those stories that is asking to be written that falls under the ‘Do as I say but not as I do’ category. But seeing as thus far Connecting the Dots has decided not to have that category, it becomes worth talking about.

One of the things the Republican party is known for is trimming the fat as close to the meat as possible. But when that fat juicy steak hits the grill and that fat starts dripping off into the fire giving that steak a unique taste, it seems Republicans are there waiting and ready with their favorite steak knife and A1 sauce.

There is no doubt this stimulus package is not perfect, nor will it every be. The reason for this is the economic situation is in a constant state of flux. Because of that what is the best answer today will not be the best answer tomorrow. So the sniper rifle approach must be given up for the shotgun approach to hit as much as possible and worry about best possible efficiency later. However some voices fail to see the logic in this approach and look to just complain for political gain.

Republican governors are also divided by mouth, but all have state budgets to meet and will gladly take the money to make ends meet. At this point it sounds foolish to complain, or in this case possibly like political suicide when the people who voted them into office are unemployed. When it comes down to it, the people that are complaining are failing to see that their standard position is fine during good times. The failure to be flexible in bad times may eventually be their downfall come next elections. Arrogance always seems to come around and bite one in the ass.

So as you can see this is a bit of political game playing and looking to posture themselves in a certain light. In this case that light may be ultraviolet and a burn may come of it. It is up to each voter to decide if their representative in congress is in touch, a fool, arrogant, self serving or other come next elections.

Nobody can predict how this package will unfold, and there is no doubt at all people are lining up to pocket the money for themselves. The establishment of a government website for people to monitor where the money is going does provide a layer of transparency that was never possible 10 years ago. That site is http://www.recovery.gov/ This will be the tell all site that may make or break the nay sayers as every dollar is being tracked by the public in near real time. The site will also act as a Big Brother making people think twice or thrice about misusing the money with millions if not billions of eyes around the world watching. After all thieves prefer the dark corners to do their work, and not in the bright light of this website.

📂This entry was posted in Economy Politics United States

One Response to You can’t please everyone