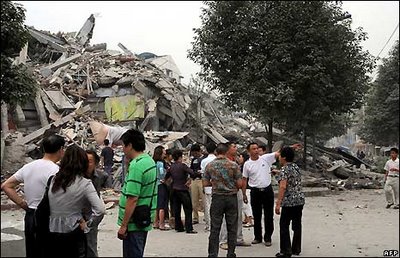 Going back through the news you find several references to tragic loss of life because of collapsed buildings. Some have come tumbling down because of earthquakes, and others collapsed under their own weight. Even the United States is not immune from this.

Perhaps the most recent and tragic loss of life was in China in May 2008 during a 7.9 earthquake where roughly 88,000 people perished. Shoddy workmanship was cited. All things considered a 7.9 is no small earthquake and could have easily qualified as ‘The big One’ California is waiting for. Even more recent was in Haiti where not one but two schools collapsed under their own weight days apart.

In New York city hearing about an ageing building falling is not that uncommon. There have even been tragic bridge failures taking lives over the years. The first wake up call seemingly was in Connecticut in 1978 when entire roof of the Hartford Civic Center collapsed under the weight of a heavy wet snow. Fortunately there were no injuries as it was during the night and the arena was empty. Also in Connecticut in 1983 a portion of a span collapsed on Interstate 95 in the dark of night and cars and trucks simply drove off the bridge at 60 miles per hour. 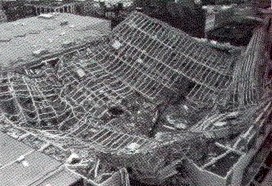 So it comes to reason that we should all learn from our mistakes and build things that are proper and not shoddy, or so you would think. If you have traveled through San Francisco airport you may have noticed that the building columns are about 10 feet (3 meters) in Diameter for a 3 storey building. With that part of the world being earthquake prone you can understand why.

Now change to a place like Bangkok Thailand and you will see the building practices are very different. Buildings that are in excess of 50 stories tall have columns that are 2 feet (0.6 meter) square. In fact when you look at the numerous buildings under construction they have the appearance of playing cards and toothpicks. So generally speaking that may be just fine as Bangkok is not near earthquakes. Well the fact of the matter is Bangkok does feel earthquakes. There is even an active fault line that runs almost under Bangkok’s new airport 10 miles east of town. The most recent fair size event near Bangkok was in 1983 when a 5.9 hit 100 miles from the city.

So considering that the Thais have now decided to consider making their buildings 6.0 earthquake durable, and admit that there is zero consideration now. That leaves a bit of a rock in your stomach. With 8,000,000 people in Bangkok the death toll would be huge if a big enough quake were to hit the area. Bangkok rivals New York city in size and population to add some perspective.

Thailand is not unique, much of what is being build in other parts of the world could be compared to building our own death traps and safety takes the back seat and profit is in the front seat. China has shown this to be a major problem where specified materials are substituted for cheaper materials by the contractor, and they do not bother to tell the design engineers, and pay off the inspectors to accidently miss the change. 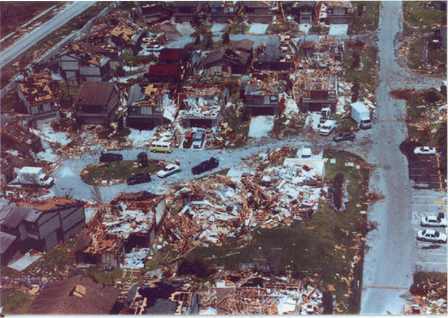 That practice also happens in the USA. Hurricane Andrew proved that when it tore through southern Florida. Many of the buildings were not up to specifications and as a result, empty lots remained where the buildings once stood. Although not as wide spread as other places, the desire for money seems to be the base cause for many of these man made disasters. The Hartford Civic Center collapse was eventually traced back to using the wrong bolts that were failing and falling from the roof long before the collapse. How and why that happened follows the same theme. That brings us inevitably to the question of how many undiscovered unauthorized changes are waiting to be discovered in the midst of tragedy.