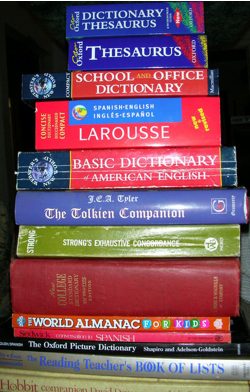 It is amazing of how the choice of words can cause different reactions even if the topic remains unchanged. So when President Obama speaks about the economy, he has the ability to stimulate or stall depending on what he says.

The English language is immensely powerful in that selecting a word or phrase can change how people feel and react. Essentially this is the basis for political correctness by trying not to hurt one person’s feelings while stressing out everyone else with a minefield to navigate as they try to do the same.

During the presidential elections, candidate Obama made several references to the state of the economy in a negative tone, and as a result people simply put their wallets away and went into survival mode. This tended to deepen the recession because those words matched what people were seeing with their own eyes and reinforced the reality that things were in rough shape. Driving past a strip mall and seeing occupied and empty spaces that looked like dental records from 150 years ago sends a powerful message.

So far President Obama has been talking about the negative reality of the economy and pulling no punches. In short sometimes the truth can sting a little. Some may say what he is doing may not be politically correct, however that is outweighed by the dire reality of the situation and hiding that reality as political correctness tends to do does not make it go away. The fantasy drug blurred world political correctness tries to cause is essentially harmful in that it will let the economic problem fester. People need to face the cold hard facts of reality to deal with it.

So now that the economic recovery has been launched, it will require some new words spoken by the President. Those words must contain real facts that can me seen and measured by the people. Those words will talk about results of the stimulus package and that jobs are being created. Those words must be carefully blended with other words that guide and caution. President Obama must truly assume the roll of herder guiding the country down the path he has laid out. Only then will people feel more at ease when it comes to opening their wallets.

The people connect with President Obama because they see him as one of them. The mistrust regularly seen in company management has make people skeptical when the us/them mentality is portrayed. President Obama does not have that stigmatism so people trust him. If he can keep it that way, it will prove to be one of his greatest strengths.

So as the choice in words now must change, the movement forward must be guided in a way that can also be trusted. Trusting the public with the truth is both powerful and disarming if attacks occur. Whenever some unknown is uncovered it becomes the next scandal to hit the headlines. If there are no secrets, scandals and coverups simply will not happen. If they do, the finger will point at the perpetrators and not at President Obama. So the truth becomes that insulator that both protects and encourages participation in the recovery. It truly is amazing how the choice of words can mold a country.

« Evaluating Thaksin’s net worth Cat and mouse with Thaksin »