Cat and mouse with Thaksin 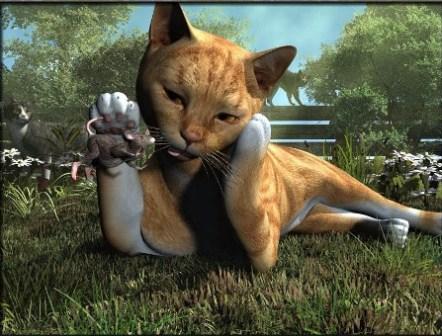 In a very public display by both the Thai government and the convicted fugitive Thaksin Shinawatra, messages are being sent via the news media. The message to Thaksin is enough is enough.

Over the last few days it was announced that Thaksin was to make a presentation at Hong Kong’s foreign correspondent club. That was very quickly followed by the Thai government announcing that they now know where Thaksin was, and would arrest him at Hong Kong’s foreign correspondent club. This was followed in short order by Thaksin supporters voicing up and saying things like arresting Thaksin would cause turmoil in Thailand and that Hong Kong would not dare arrest Thaksin.

This was followed shortly after by conflicting announcements about Thaksin either canceling his presentation or not. The next statement was pure Thaksin arrogance announcing that the presentation would go on via video link from an undisclosed location. This however left Hong Kong’s foreign correspondent club wondering and in the middle of all of this. They were taking note that Thaksin was about to use them as a pawn in his game.

As of the time this story was being written, there was no indication Thaksin had made his presentation in person or via video link. However that does not end the story.

What is going on is simply a very public show of strength on the part of the Thai government and to remind Thaksin of a few things. If there was even any intention to arrest Thaksin knowing where he was going to be, that tidbit of news would only be published after the capture and arrest. Announcing this in the media translated to “Don’t even think about it!” to Thaksin.

But it does not end there. Fear or not, Thaksin will find some way to complete his mission of finding the media to further trash the Thai government. It no longer takes a doctor to make the diagnosis that Thaksin is a psychopath, and that he simply can not stop. Thaksin will continue to take risks trying to broadcast what his mental condition is compelling him to do. Because of that, sooner or later he will be caught.

This Hong Kong’s foreign correspondent club episode has shed some light for all those who care to look. What it shows passive Thaksin supporters is Thaksin is vulnerable and that only Thaksin sees he is not a criminal. It also shows that he is taking risks people in their right mind would never do.

As for active Thaksin supporters like his red shirt army, it is a reality check that if the boss has his tail between his legs, then perhaps they should rethink their position.

For the anti Thaksin people, it gives them another chance to smile seeing Thaksin jump and act like a mouse in a laboratory maze trying to ring the bell and get the prize.

To the Thai government it allows them to exert some control on Thaksin forcing him into a tighter and tighter corner until he is eventually either captured or totally impotent in his attacks.

With all things considered, rather than fear being the normally generated emotion in situations like this, in Thaksin this simply generates anger and a desire to win. After all Thaksin can not lose to even the smallest issue, he is compelled to come out on top. Connecting the Dots predicts Thaksin will make some attempt to do or replace the Hong Kong’s foreign correspondent club presentation in a very short window of time.

📂This entry was posted in Hong Kong Law And Order Thailand

One Response to Cat and mouse with Thaksin