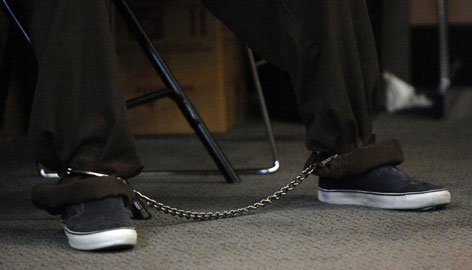 For the first time in a long time, Thailand’s government is actively updating or making extradition treaties with other countries. Needless to say, this will turn out to be a litmus test for all the Thais who have power.

It is increasingly obvious Thailand’s government is more like the west in many ways. With Prime Minister Abhisit Vejjajiva getting his education in the west, it is obvious moral and ethical standards are a big part of who he is. Looking to tend to long overdue upgrades of assorted treaties, extradition of convicted criminals is near the top of the list. Und the caption of the squeaky wheel gets the grease, Thaksin Shinawatra can be thanked for driving this to the top of the list.

There is no doubt that if Thaksin were to have just shut up and gone away, extradition treaties would not have been on page one of the to do list. Most certainly it would have been on the start this year list. So criminals in the Thai court system who are putting on their Nike running shoes can Thank Thaksin for reducing the places to hide option list.

As it would be, Thailand’s new constitution will require the treaty to be approved by Parliament, and this is where the litmus test comes in. Seeing is many if not all of the Thaksin supporting members of Parliament have court proceedings of their own underway (you already know where this is going) they would vote to reject any treaty that would make it easier to bring a convicted criminal home to Thailand. Needless to say it will show their true nature. A law abiding citizen of any country would gladly accept and endorse any agreement or legislation that would put criminals on the run in jail.

As it would be, the mention of one such treaty with Hong Kong has been in the news of late. However there is no doubt other treaties are being negotiated with other countries too. It is a sure bet that places Thaksin may run to are at the top of that list.

This however does leave Thailand with a bit of a problem that is not seen just yet, and only the most future looking people can see what will come of this for Thailand. What that means is to make Thailand more like the west on morals and ethics, will also make Thailand more like the west in costs to run the country. What is going on is an attempt to root out corruption by removing incentive. However because Thailand lacks infrastructure, much of the money that drives Thailand is from corruption. So the eventual outcome will be living in Thailand will become more expensive as it is in the west. But that is another story for another time.