Paid to be fools 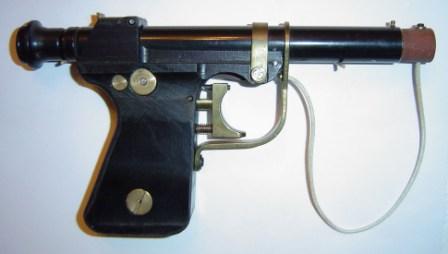 In yet again another demonstration that people can be paid to do anything, the Puea Thai party (PTP) have upstaged their censure attempt with their own foolishness by going forward with empty guns. When the censure debate finally comes around, people will not be paying too much attention to the democrats getting grilled, they will be focused on the PTP making fools of themselves.

It is completely obvious that the convicted fugitive Thaksin Shinawatra is behind this censure attempt as going forward without ammunition is the sign of an obsessed mind. The coalition that once sided with Thaksin and have since moved to support the democrats saw things like this coming. So to bail out and change sides while there was still life in their political future made a lot of sense.

Unfortunately now for the PTP, they are now seen as the boy that cried wolf with several false accusations meant to smear the democrats. People will remember that come next election day. They are sacrificing any political future that they have by letting Thaksin use them in this way, only to be thrown away when they are used up the same as toilet paper.

An interesting dot that is more humorous than anything else is the internal battle inside the PTP as to how many people they will go after in the censure debate. Very simply if there was anything substantial to support censure, there would be no internal battle at all. The PTP are going after people for who they are and not what they did. Because of that the censure debate may end before it starts as it would quickly degenerate into banned personal attacks.

Connecting the Dots has said this before, but it is worth repeating. It is entirely expected that this will be about 5% substance, 45% nonsense filler and 50% twists and distortions that someone’s mother would not even recognize them. The 5% substance could probably be sorted out in the time it takes to tie your slip on shoes. That is what will upstage the censure attempt as viewers quickly sort out that calling such a powerful forum is nothing more than whining and childishness.

‘Oh lets see what milage we can get out of this‘ was no doubt the thought going into this, not realizing the backfire potential of not having ammunition that will ultimately give the democrats legitimacy. No ammunition will provide the democrats transparency, and distortion or lies will discredit the PTP even more.

In classic Thaksin style, he will be safely out of the picture giving him deny-ability that he was in anyway involved, leaving the PTP alone to suffer the political scars of this foolish endeavor. Thaksin will be able to make the claim that it was 100% PTP.

Connecting the Dots suggests this is one of those things that some hot buttered popcorn be on hand when watching.

📂This entry was posted in Politics Popcorn Thailand

« Making a difference Red heating up »