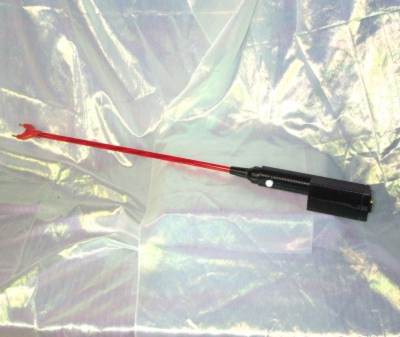 Few people can motivate people like Thaksin. When it comes to Thaksin, nothing is subtle about how he motivates people.

Thaksin has a way about him that he stirs such emotions in people, it is hard to find his match in ability. However of late all the motivation Thaksin has cause has been negative. Even that Connecting the Dots tried to find things that were positive to balance this post, the number of negatives was so overwhelming we gave up after 2 days of research. Certainly Thaksin did some good things for Thailand, but that does not qualify as motivation.

In no particular order we start off with how Thaksin motivated unrest with Muslim people in the three southern most provinces of Thailand. Thaksin’s heavy handed approach set it off, and the retaliation continues. To this day there is ongoing unrest with over 1000 people who have already lost their lives. In reality this looks to be Thailand’s version of the mud volcano in Indonesia that looks like it will never stop. There is a remote possibility that if Thailand is successful in putting Thaksin in jail, it could be seen that Thailand looks to truly make atonement and could ease or end the unrest. Much of the lingering negative feelings in the south are directed at Thaksin.

Next on the list is how Thaksin motivated so many people against him one at a time. When Thaksin was Prime Minister he never listened to anyone except himself. He frequently degraded people all around him, and made several comments that even degraded non Thais living in Thailand. His regular use of the courts to intimidate people who openly criticized him, motivated even more people against him. Even when a psychiatric doctor was asked to evaluate Thaksin, the doctor was attacked by Thaksin, and that actually proved the doctor to be correct. This along with daily damage to the elements of democracy, Thaksin motivated the formation of the People’s Alliance for Democracy (PAD), and to this day they are a force that should not be overlooked. The PAD is devoted to ending Thaksin’s influence. That certainly is some motivation.

Thaksin continues to motivate his red shirt supporters, and they have now resorted to activities that are not only illegal but tarnish the face of Thailand by attempting to inflict harm or injury on government officials.

On a much bigger international scale, Thaksin motivated the British government to revoke his visa as well as Japan not letting him have one. Several countries have said publicly no to Thaksin if he should seek asylum with them.

Thaksin has motivated the New Thai government to update or establish extradition treaties around the world. This is just more fallout and people that are on the run and hiding in places where these new or updated treaties are being done, only have Thaksin to thank. We are sure they are now motivated too by Thaksin as he is causing them new problems. Simply Thaksin’s motivation is putting them back in the spotlight too. If Thailand cancels Thaksin’s visa, they must also do so for everyone in the same situation to show fairness.

Even in the past few weeks, The Swiss banks have lifted some of their veil of secrecy when it comes to people who may be hiding money and skirting the law. Thaksin made some negative comments about the Swiss banking system, but managed to wiggle out of it citing translation errors. Non the less Thaksin would certainly qualify in this new group of people that the veil has been lifted on.

As the world watches Thaksin’s arrogance, one can not help but wonder how many people in various governments are being motivated by Thaksin. Even if that government has nothing to do with Thaksin, Thaksin has become the poster boy reminding governments about criminals who have chosen to be silent and blend in. Even the former dictator types who have secured asylum will be once again looked at as Thaksin continues his psychotic crusade. Thaksin most certainly reminds governments about who they have given asylum to, and motivates them to give a second long hard look at what they let in the front door. As countries have granted asylum to bad boys, they can just as easily revoke it. If that happens or at least to be under consideration, that will win Thaksin a bunch of new bad boy friends who would have no second thoughts about sending bullets through Thaksin to silence him. The lie low and be quite criminal type Thaksin is not.