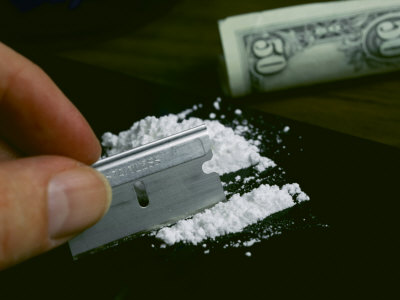 It is hard not to notice news about the bloody Mexican drug war near the US border. The bad guys are certainly pulling no punches when it comes to this battle.

Connecting the Dots has long wanted to write on this topic, however we seem to lack good information for continuous reports. However we can pull together enough dots to give you an overall view of the situation.

Aside from the very obvious and brutal drug related killings going on, there is an underlying reason. If you take a look at this as a manufacturing business, you naturally allow for a certain amount of waste. That waste can come from materials or workmanship. Normally about a 2% scrap rate is acceptable. If that scrap rate goes higher the company takes steps to identify and fix the problem shooting for a 0% scrap rate. Apparently in this case getting the goods to market is been taking a hit.

What this says is the efforts to stop the flow of drugs is working, and the drug runners and manufacturers are taking a hit. So this drug war in actuality is nothing more than corrective action.

This war is now bleeding into the USA as drug related violence is being seen not only near the border, but in major cities. Unfortunately this is a key factor that will take this drug war to the next level. But alike and unalike this is not much different than the same motivator 9-11 was for Americans. Because of the level of violence associated with this, America will be motivated.

There is no doubt the Mexican drug runners have taken a chapter from terrorists in order to cause fear by beheading people and making it as gruesome as possible. Unfortunately the response to that now is more of anger and not fear. Terrorist have already desensitized the people with that tactic.

Connecting the Dots sees this drug war as a long battle that can be shortened with massive manpower changing the ratio of good guys to bad. Because of that, this looks to be a long running issue, but Connecting the Dots lacks good resources to do more than periodical stories on it.

As a reminder we are looking for people to contribute to Connecting the Dots. If you feel you have valuable insight and match our style of writing, please contact us. We do see the potential that we could eventually become a major source of news that is future looking and most certainly Connecting the Dots. What may start off as a hobby may end up as income through journalism, and in this economy that could not hurt.

One Response to Mexican madness