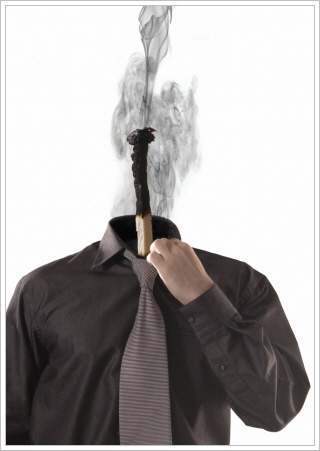 If you live in Bangkok Thailand and lately you have noticed your quicker to get angry, and punching someone out seems much more appealing than it did before, you are not alone. It is all part of the fallout of endless political unrest.

Frankly people are simply fed up with the seemingly endless political unrest, and Thaksin Shinawatra is at the heart of it all. It does not matter if you are a Thai or simply an ex-pat living in Thailand, you are probably a lot less mellow than you were.

For some the political situation is like weeds in a garden, unless you get the root, they keep growing back. When people think Thaksin is finally gone they let out a sigh of relief hoping for some normalcy to return. Then suddenly after a few days that thought is dashed as Thaksin and his cronies are back at it again. It seems to be a never ending cycle of madness.

When you need to consider what color you wear around town so as not to feed the political unrest, it truly gets annoying particularly if you need to wear a company uniform that has red or yellow in it.

It is as if someone was conducting a cruel psychological experiment to see how far they could push people before spontaneous violence erupted in Thailand. One has to wonder that the person people are most angry at is also the person who would benefit the most if violence erupted.

Connecting the Dots did some checking around and found that the number of people seeking anger management counseling has gone up over the past year starting about the time the People’s Alliance for Democracy (PAD)  restarted it’s anti Thaksin rally. So there does seem to be some sort of traceable connection.

So if you are wondering why the land of smiles has turned into the land of short fuses, just look at Thai politics and the man at the center of it all for your answer.

📂This entry was posted in Mental Health Politics Thailand