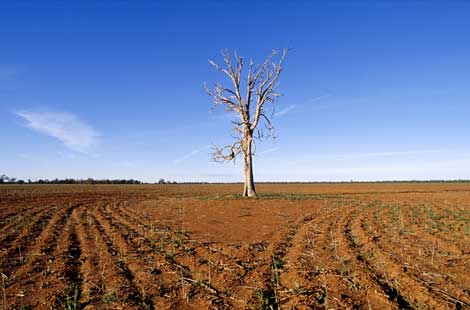 As the earth continues to warm we start to pass tipping points in different parts of the world. At some point not too long from now we will pass the final tipping point that will set off rapid and major changes all with undesirable consequences.

For starters we have already passed the tipping point for the arctic ocean. It is expected to be ice free in the summer before 2013. Then each year after that the winter freeze will be less causing the water to be warmer.

Once that happens Greenland will start to experience accelerated land ice melt because of warmer air coming off the formerly frozen arctic ocean. Land ice melt will be the primary culprit in raising sea level. Everything we have seen so far places our estimates way off and things will happen much sooner than later.

The next tipping point will be in the antarctic as the same thing happens. Huge ice shelves are in the their death throws now as they simply turn into open water. Because the antarctic is land it will take a bit longer to pass that tipping point. As more and more land becomes exposed, the warmer the air gets melting ice further inland.

The next tipping point has to do with insects and other living things that are now not dying during the winter months. This will have a direct affect on plants and crops. The list goes on and on.

So when we get to the final or perhaps better called pivotal tipping point things will be unstoppable. Any remaining tipping points to come after that will come in rapid succession. Seeing sea level rise several inches a year will not be unheard of. Coastal cities will become submerged faster than countermeasures can be implemented. New York, Miami, Bangkok Thailand, Shanghai China will be under water just to name a few. That will force huge population shifts as the sea forces people inland.

There will be many tests for humanity during this time. Hunger and famine are almost guaranteed as crops fail for a variety of reasons ranging from severe weather to plagues of insects. What food today many find too grotesque to eat will become staples like insects and more.

So looking ahead at when it will all end is entirely up to nature. We have seen events in history that have cause the world to cool off. For example when Mount Pinatubo erupted in the Philippines, the earth cooled for a year or two as the ash blocked the sun. This is not unlike the end of the dinosaurs but on a smaller scale.

But more realistically what is expected to happen is nature will kill off humans by not allowing us to produce enough food for our oversize population. This is how nature works, and we have seen this happen nearly every year with one species or another. So soon it will be our turn as nature finds the balance that we can not.

So the question is when will the final tipping point come. Seeing as our track record sucks as far as predictions go, our best guess now is between 2013 and 2020. That probably means more like 2010 to 2014. If that is the case then nature will start to deal with our population within the next 10 years after that. So by 2025 this planet will become hostile to humans, and that is a wonderful future we have given our children to struggle to survive in.

When the planet turns hostile to us, even governments may have a hard time surviving as the rule of law gives way to hunger and survival instincts. Most of us have seen post disaster movies where there is no law. That fictional portrayal will become reality once the alpha males in our society are driven by hunger. When that happens yet another tipping point will have been passed.