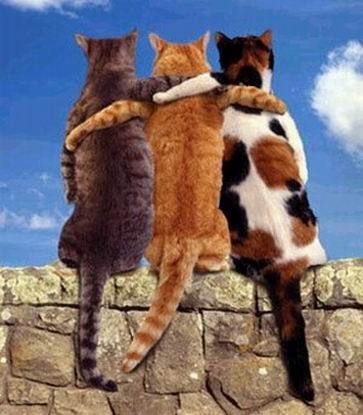 We have all encountered people who just have too much free time on their hands. So to keep busy, they find ways to annoy other people with trivial things.

As if people’s lives were not filled with enough problems and headaches, here are a few more for good measure. Apparently some schools have decided that hugging as a form of greeting should be prohibited. No reason was given only that apparently they just did not like it. In most cases some reason should be given if they expect people to respect them.

In other cases people may become little dictators if they are given some form of authority. Living in a condominium complex should be relaxing. After all you are paying to have the yard work done. But when life becomes a concentration camp at home and every letter of the bylaws must be followed, that person quickly becomes an annoyance. Who cares if you back your car into your parking spot or drive it in. Orange county California does have borders that are some place in California.

If this is all starting to sound familiar leading to the next wave of political correctness, you are absolutely right.  People with too much time on their hands busily concoct these wonderful ideas. The fact the both the New York Times and NBC evening news teamed up on the hugging at school story, says enough is enough. The total absurdity of busting someone’s ass for hugging their friend seems to have crossed the line of enough is enough, and in so many words telling them to go and get a life.

So perhaps this is the start of a new trend in shaming these busybodies. Connecting the Dots predicted that political correctness could not survive in a sour economy, and this could be the start of the trend to end political correctness. After all there is nothing like the top network evening newscast to kick this off. That is not to mention that hugging is covered under the First Amendment under freedom of expression.

Even the ABC network has gotten into the act with a new adult series cartoon names ‘The Goode Family”. The entire series is all about making minced meat out of political correctness. Leave it to the makers of “Beavis and Butt-head” to come up with this.

So here we find ourselves possibly at a crossroad that could spell the end of political correctness. There is no doubt the pot has boiled over and people are actively fighting back. If people want to live the sterile politically correct lifestyle, then they should move to Orange county California and leave the rest of us alone. They are more than welcome to have their own politically correct cult where you are only allowed to let your grass get so long before you are fined.

So go out and wear clothes that are way too revealing, or tell someone to go and piss off if you think they need to be sorted out. It will make you feel good to be once again what nature intended.

« Katrina was nothing Thaksin torn between greed and power »