Thaksin torn between greed and power 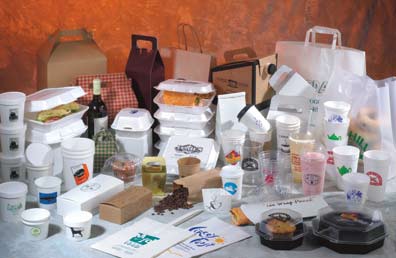 On July 16, Thailand’s courts are due to hear the case involving Thaksin’s assets amounting to 76 billion Baht ($2.2 billion). Thaksin wants to have his lawyer make an opening statement, but the court has denied that saying only Thaksin can. So the question people are asking is what will Thaksin do next.

The Supreme Court’s criminal division for political office-holders has turned down a request from exiled former prime minister Thaksin Shinawatra asking the court to allow his lawyer to verbally give an opening statement in his assets-seizure case.

The Supreme Court’s criminal division for political office-holders rejected Thaksin’s petition asking that his lawyer be allowed to verbally deliver an opening statement in the case. The court ruled that Thaksin has a right to give an opening statement to the court via written testimony, as granted in a previous court ruling.

The court said he must abide by that previous ruling. Thaksin’s whereabouts are unknown. A fugitive from the Thai justice system, he was previously sentenced to two years in prison for abuse of power while serving as prime minister. He was ousted in a military coup in 2006.

The court also ruled that lawyers for the plaintiff and defendant must send their prepared questions for all witnesses to the court before witnesses begin testifying at 9.30 a.m. on July 16th.

Last year, the Attorney-General’s office petitioned the court asking to seize 76 billion baht of Thaksin’s assets. The office claims Thaksin gained the assets by means that represented conflicts of interests while in office. Thakin’s assets are now frozen by court order.

Thaksin has already made a play for his money hoping someone would slip up and unfreeze his money. So with the situation looking a bit bleak for Thaksin winning this court case, he is very likely ready to try a repeat at getting his money out the back door.

It is highly likely Thaksin will be looking to offer a lot of cash to someone who has they keys to his money. After all if he was to show up to argue his case, he would be arrested and sent straight off to jail. Do not pass go, do not collect 2.2 billion dollars. So needless to say we are about to see what is the dominant driving force behind Thaksin.

His choices are do not go and lose all that money. In that case fear of justice (being jail) and the desire to get it back will be the dominant motivation.

If he shows up then greed will be the dominant motivation overriding the fear of Somchi in the prison shower.

If he tries to bribe someone then just not caring about anyone except himself is the dominant motivation.

Connecting the Dots is laying odds on the bribe approach by Thaksin. However he may need the entire van from the bakery this time to deliver all that bribe money. No doubt whoever does it will be looking at serious jail time when they are caught. However we expect Thaksin to tell them to get out of Thailand before they are caught. The next dance with the devil is getting ready to start, the question is who will dance.

📂This entry was posted in Crime Law And Order Thailand