Thaksin insistent laws not for him 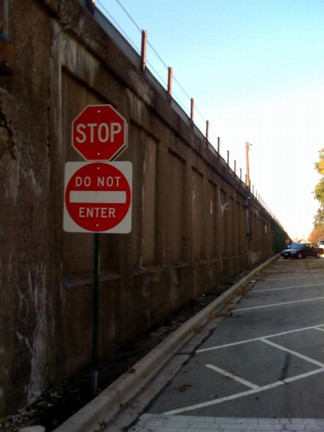 It is not what Thaksin says, it is what Thaksin does that shows he has no respect for any laws. In fact Thaksin and or his cronies have even launched a pressure campaign against the King of Thailand seeking a royal pardon where the law does not allow one.

If you have been following the Thaksin saga, you can see one common behavior he has, and that is he sees himself above the law. It does not matter what country that law is from. He managed to get into Germany when they already said no. There is no doubt at all there is plenty more that just has not come to light yet.

As predicted by Connecting the Dots, as soon as Thaksin started his campaign again, mention of the King once again started appearing in the news. This leaves absolutely no doubt as to the source being Thaksin. There was a wonderful sense of calmness in the Kingdom because the King was being left out of politics after the April riots. The country was starting to heal its divide and the focus shifting to the economy and more pressing needs.

Thais love their King and the respect they show for him is unmatched. Only Thais who do not know what they are doing would bring harm or displeasure to their King.  But now the next round is upon Thailand again and Thaksin is once again bringing the King up either directly or indirectly. Already in just a few days Thailand is starting to feel the divide opening again.

Apparently there is a million signature campaign underway to pressure the King into granting Thaksin a pardon, but it actually goes beyond that. For the King to do what is wanted by the petition the King must break from protocol. A royal pardon is only granted after the person is incarcerated and an admission of guilt has been given. But Thaksin wants non of that, he just wants the pardon without any admission of guilt or even seeing the inside of his jail cell. After all according to Thaksin’s actions and thinking, laws, protocol and procedures do not apply to him. So why should the King even bother following laws and protocol when it comes to him. So in short this petition looks to place Thaksin on the same level or above the King. Unfortunately many Thais that are signing the petition do not know the ramifications of their actions. Because the King must step out of protocol the petition is actually a demand and not simply a request as the signers are being lead to believe. Thaksin getting people to break the law or procedures for him is also one of his signatures, and apparently Thaksin feels the King is not above that and falls in the same category.

So once again unfortunately it comes back to educational attainment. Any Thai who knows what was going on would never dream of pressuring their beloved King in anyway. To allow Thaksin to fool and manipulate lesser educated Thais this way is actually very sad across the board. It clearly points out the underlying reason for many of Thailand’s problems. This is one of those things that people see as a backwards step for Thailand.

Unfortunately for Thailand, Thaksin cares about nothing except himself. He will use any Thai he can to his own personal goal, and then discard them like used toilet paper. It is unfortunate but true, and only education will stop this sad cycle for Thailand. Lesser educated Thais will continue to be used as pawns.

In short what is going on is hugely disrespectful to the King of Thailand, but Thaksin does not care.

📂This entry was posted in Germany Law And Order Thailand

3 Responses to Thaksin insistent laws not for him