Michael Jackson in death shows us the man in the mirror 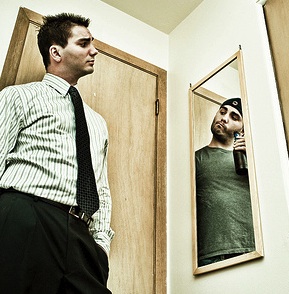 The public memorial for Michael Jackson provided more than a chance to pay last respects to Michael, it allowed us to see how far we still need to go as a species. It took the death of this phenomenal performer to let us see the man in the mirror.

As a species we pride ourselves as being the most advanced form of life on this planet. But once we strip away that self admiration, we begin to see just how flawed we still are. We use words and phrases like human compassion, maturity and respect, but they do not really reflect us as a whole. The reality is much more crude, we revel in seeing those who have succeeded fall from grace. We are captured by any bit of dirt or misfortune of others and look for more as if it were the blood of wounded prey. That sounds a lot closer to the behavior of sharks than it does humans as we picture ourselves.

We apply our own sense of morals or what we see as morals, but to force our personal morals on others does much more harm than doing nothing at all. By bringing harm to others who have only been accused is itself immoral whether it be physical harm or emotional harm.

Our sense of right and wrong that has now become so uncomfortably enforced by political correctness leaves the accused prey to the vultures amongst us. We hear about frivolous opportunistic lawsuits regularly and the fact that they exist says more about us. Then as we observe the action in the court, the court of public opinion proceeds to bring harm as the hunt for more blood goes on unchecked.

The fact that the accused may suffer irreversible damage by our pursuit of negatives either real or fabricated in what can be called a witch hunt leaves us with the realization that we are no better than the accused. This is particularly true when the accusation is some form of sexual misconduct.

Now considering that Michael Jackson was on the receiving end of much of this he suffered a lot. It cost him in many ways. In fact it may have cost him his life if the use of prescription drugs was used to compensate for the exploitation of negatives in some way.

But with the sudden announcement of his untimely death, suddenly all the negatives about him have simply vanished. Other than a few who look to punctuate the negatives, the rest of the world saw fit to celebrate the positives and let the negatives rest.

So the fact that we could set aside those negatives and have at least 20% of the people on the planet watch his public memorial says something.  By celebrating his positives leaves us with the realizations that we should have never bothered with the negatives. The exploitation of negatives was only a form of entertainment that we may expect from a gang of bullies, and not what we would claim to be with the words human compassion, maturity and respect. This is the man in the mirror, and the man in the mirror may be ultimately responsible for the death of Michael Jackson.

« Thaksin and asylum Thaksin in Malaysia »