The passing of an American icon 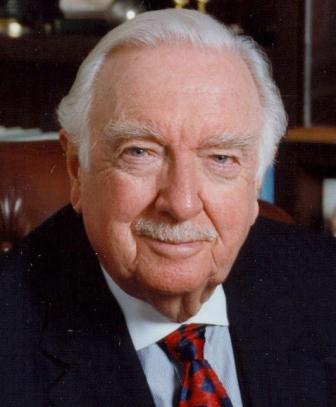 Few Americans can be called an American icon. Of those few even less felt like family. To many Walter Cronkite was like an uncle who they saw in their livingroom every evening.

The CBS evening news was where many came to know Walter. He was the person that informed the world of things like the death of President  John F. Kennedy and narrated man’s first steps on the moon. In short he told Americans what they needed to know without slant or spin, and because of that he was respected by all sides. His reporting style was objective and informative, and in some ways contributed to the concept of Connecting the Dots although our format is not the same.

For those people old enough to remember what the CBS evening news was like before Dan Rather, they would know Walter Cronkite. With 2 decades of being the face of the news, he was the standard that everyone else was compared to.

There is way to much to say about this man to fit into any one post, so we simply invite you to read it at http://en.wikipedia.org/wiki/Walter_Cronkite. If you are not an American, this will certainly help you better understand what life was like in America and how Walter helped guide American’s decisions with his trusting voice.

📂This entry was posted in Shining Star United States