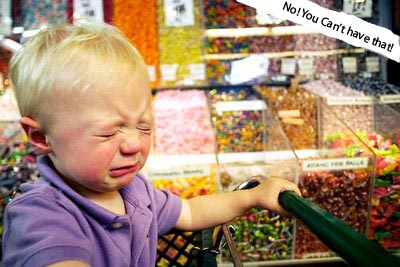 If you have ever taken a child shopping, they would very quickly load up the trolley with everything that caught their eye if you allowed it. So paying respect to your wallet and not looking to spoil the child, the word ‘no’ is frequently used. But when an adult is told ‘no’ on one of his personal selections, it clearly shows something someplace is terribly wrong.

In Iran the President is allowed to pick his Vice President, or supposedly to at least give the appearance of democracy. But when Ahmadinejad selected his Vice President, he was promptly told to put him back and select another. This simple event sheds a lot of clarity and opens the door for many paths of debate. Some of them if not all of them are an embarrassment to Iran.

Some of the possible debates can be that Ahmadinejad is a complete idiot and is not capable of making his own decisions. This can be supported by his demonstration of failed history lessons on the Holocaust. That along with other rants that make absolutely no sense at all lend support to that theory.

Another possible debate is this is just further evidence that the recent Iran presidential elections were nothing more than a farce, and the outcome was established before anyone went out to vote. So the person who decided on who the president should be, is also deciding who the Vice President should be. This is also another path of debate, but it is not an either or choice where both could be true.

So once again it brings up the point of the protests in Iran. Apparently there is cause and effect here. So as to properly resolve the problem, the cause must be eliminated so as to stop the effect. The outcome of the presidential elections was clearly an effect. The cause is the country’s dictator hiding in the robes of a Cleric calling the shots.

With that scenario, it seems to be wasted energy at this point fighting over the puppet position of President of Iran. To allow the false democracy that is portrayed in Iran to be real, the dictator must be addressed and removed from power. Only then will the voice of the people be heard.

Once again the people of Iran are showing the world that not all Muslims are bad. The fruits of that image are already being felt around the world. The desired portrayal of hardline Muslims that all Muslims are of the same hardline breed is being quickly shattered by the events in Iran. In short, the protests in Iran are globally undoing all the stereotype damage cause by Muslim hardliners and Muslim terrorists that the world has been watching for decades. For this there is little doubt that Muslims around the world are grateful for what the Iran protests are doing.

📂This entry was posted in Iran Scams And Shams Terrorism