If we pulled the industry plug to stop global warming 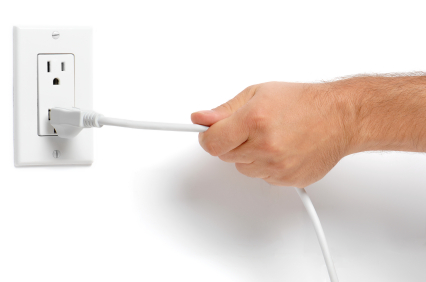 Think about what would happen if we returned to the stone age deliberately for a month to stop global warming. Shut down industry, sent everyone on holiday, ban cars, and only use green energy. Would it be enough to break the chain of events or not.

The thought is intriguing to say the least. Would it buy us enough time for technology to catch up to save the planet? The thinking is the planet will heal itself from the poison we are pumping into the atmosphere. Right now the plan is for a gradual decrease running out over the next 40 years or so. So if we stopped for a month, would an ounce of prevention become a pound of cure or not.

The problem is we have already passed some major tipping points, and the most significant one so far is sea level rise. The June 2009 White House report spells out that fact already. That means Boston and New York are already doomed to become part of the Atlantic’s next man made coral reef. So there will be billions of dollars spent there to move or build dykes. That says nothing at all about the southern third of Florida going under as well as other major cities like Bangkok Thailand and Shanghai China.

So when you run the math you can quickly see trillions of dollars being spent to keep out the sea, and there is no guarantee it will work if you remember Katrina in New Orleans. Add to that a category 5 hurricane will be the average size storm in 10 to 15 years and it gets a bit scary and bleak. So what will the dollar cost be to pull the plug for a month in comparison.

So seeing as we probably do not know how well it will work, we could probably give it the name of the “Grand Experiment” and be spot on. Our best scientist have had a poor track record on their predictions on global warming events, so it may be worth the gamble. After all Americans do not get much of a holiday each year, so a few extra weeks will go down well. So how to pull it off is next.

Looking at the population distribution, the Northern hemisphere is much more populated, so that would leave September as the best month for the grand experiment. People would be asked to grow their own food that year to be harvested in September. Also holidays and vacations would need to be deferred to September that year to minimize the economic impact. That should buy 20 to 25 days for most people in the US, so filling out the last week will not be too difficult.

Other countries would need to comply, and China certainly has enough manpower to shut off the machines for a while. After all they all did ride bicycles not that long ago, so it is not a burden to get them out of storage.

September is the best month because of the changing seasons, so heating requirements will be at the least globally. The people in the southern hemisphere would need to adapt a bit, and each place would need to come up with their own best answer.

So after the grand experiment is done, scientist will have some idea of how much good it did. If the results show promise, pulling the plug in September for a few years in a row may save our children a lot of unneeded suffering.