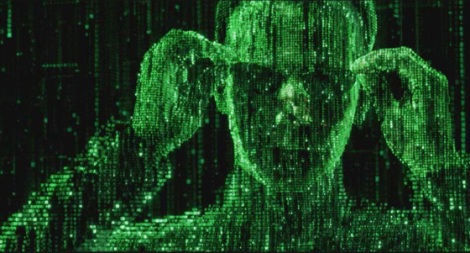 It is just the way things are today, when some government attacks a blog, other blogs respond talking about the attack and what was said on the blog. So unless it was out and out against a law on the books of a country, repercussions can make more waves than the original blog.

The blog attack that took out Twitter for a while simply put this on the front page around the world. That was a huge tactical blunder by the attackers that motivated the masses. Hearing about some blog being attacked is one thing, but when that attack affected millions, some start to take it personal. More simply put, that attack pushed over the first domino.

Now that the Internet has grown to have more blogs than one cares to count, this new form of media may turn out to be the giant that kicked David’s ass. Just the General discussion about the event a government carried out that provoked the original attacked blog entry shines the lights of the world on that government. Bad boy governments like the junta in Burma simply lock up bloggers inside Burma they do not like. But when thousands of blogs respond to the attack, the government is simply overwhelmed and is forced to think things over before going after a blog.

The Twitter attack has caused a bonding between bloggers that for the most part feels like family. So when a sibling is attacked, the rest of the family comes to the rescue. The sheer number of blogs has exploded and outnumbered for the most part the attacker’s ability to squelch the masses.

This particular post is not a rally cry to bloggers to come to the aid of another, we are simply doing as we always do by connecting the dots for everyone. What is happening is simply a natural human nature response when we see right being harmed by wrong.

One of the defenses an attacking government has is making the blogger feel isolated and alone in their blog. That psychological formula may have worked prior to the Twitter attack, but now because of that attack, more of a gang mentality is taking hold amongst bloggers.

Bloggers blog simply because it is a freedom of expression. Blogs that are attacked by governments are only attacked because their accounts are accurate and embarrassing. The governments know what is right and wrong, and morally know when they are crossing some line that their parents taught them about when they were children. In the past that has mostly gone unnoticed, but that was before blogs.

Political blogs are most scrutinized by governments as they talk about what they did. In our case we simply predict what they will do next. In this situation we predict some governments will be more motivated to interfere with free expression on the Internet. That in turn will result in more blog antibodies and the term cyberwar will become more of a daily term by many.

So this does leave the debatable question can blogs succeed where others have failed. In the opinion of Connecting the Dots, we most certainly see some potential as long as governments continue to piss off the masses. If you can visualize some 21 year old blogger sitting in their bedroom bringing about positive global change, you start to realize the potential.