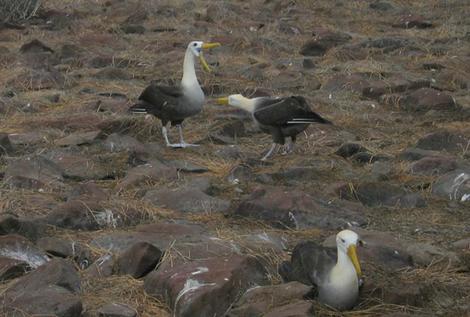 When we hear the term mating dance, our minds often picture some animal in nature trying to capture the attention of the opposite sex. Often some foul comes to mind as their dances are the most exaggerated and easy to spot. But when we consider mating dances we hardly give any thought at all about the mating dance seen on a nightclub dance floor.

In nature one of the most fabulous displays of a mating dance is the plumage of a male peacock. He spreads his tail feathers and sees to it he is always where the female can see. The dance can go on for hours on end, with the hopes he will be selected as her mate.  It is all about catching the attention of your potential mate.

When we look at other species we see different displays of the mating dance. For example some spiders offer the same type of dance. Fortunately for spiders other than the male black widow spider, there may be moments to savor after a successful mating.

Now getting down to the human mating dance, we must first identify that there are also dances not associated with mating. Ballet, and other dances associated with culture are not seen as mating dances. For it to be a mating dance, it must come from inside and not from a script. That movement is motivated by music and particularly the beat. Drums have long been associated with dancing long before there was anything else.

When you consider what type of dancing catches the eye of most, at the moment it is Coyote dancing. When the word sexy is applied in your mind to dancing without someone telling you, you are simply responding to a mating dance.

If you stop and think about it and using bars as an example, the go go bars of Thailand are all about dancing to be sexy and to attract a sex partner.

When you examine the mating dance more closely you will note that the movements we feel are natural often mimic the movements of sexual activity. Even a person of average looks appears more sexually appealing if they can kick it up on the dance floor as the visual cues hit their target.

This goes back even further, when Elvis Presley first was on the Ed Sullivan show, they only showed him from the waist up on TV because he was dancing way too sexy for what American TV allowed in those days. Aside from the screaming and howling from women in the audience who were taking in the whole thing, the rest of America was oblivious to that particular mating dance.

So when you take this all in, once again we are reminded that we are indeed part of nature and respond to nature’s signals and cues. So the next time you are out and about and happen to see some dancing, remember this story from Connecting the Dots.

One Response to Human Mating dance