Beaver to Columbine by pill 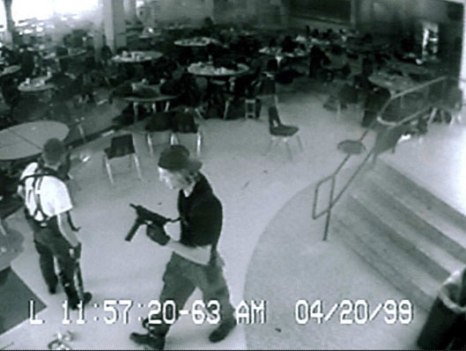 If you are old enough to remember the TV series “Leave it to Beaver”, you most certainly would say life in the US has changed a lot. You no doubt have asked yourself why all of this has happened. But if you were told it was a product of greed, you may pause to ask how that could be.

There is no doubt that the Columbine High school massacre of April 1999 is a huge scar on America and how things were progressing. Seeing body after body being carried from the school sent alarms to every adult and particularly parents with children in High school. Now 10 years after there has been plenty of time to examine the situation and cause and effect. And time after time the same answers are coming up, and that answer is these kids need help.

So with that general understanding, it is hard to find a school counselor who would disagree with that. But when it comes to the question of who will pay for that professional help, a different answer is forced onto people, and that answer comes from a person who is by no means educated in the required disciplines as seen from their answers.

In the days of Leave it to Beaver (1960s), life was much simpler. The father went off to work and the mother stayed home and was a homemaker.  The emotional issues children faced in school were little different than today. There were bullies and conflicts and most certainly students with personalities that today would set off alarm bells and strip searches. The difference was the worst violence was a fight in the schoolyard and not unloading an assault rifle into students and teachers.

Back then there were few if any psychiatric drugs on the market, so the students were sent to proper counseling and therapy as the only option available at the time. Short of some tranquilizers like Valium there was nothing else.

Moving into the 1980’s and 1990’s drugs were increasingly seen as the cheaper choice as compared to counseling and therapy. Why pay a doctor when you can use a pill at 1/50 the cost. That decision was coming from the insurance companies who refused to pay for prolonged counseling and therapy and those decisions were being driven by the bottom line and not by what the doctors wanted. When that decision was made by insurance companies, the number of violent incidences in America started to rise not only in school, but nearly every place you cared to look. It is very obvious to see if you overlay the charts, as paid access to professional help diminished, the void was filled by the violence the professional help could have averted.

That resulted in an ambient negative school environment causing more stress and anxiety that students of today need to endure. That in turn feeds mental health problems and the need for professional help and not a pill.

So as the insurance companies are still being driven by the bottom line, the band-aid of metal detectors and searches continues. But if you have been following the news, this all looks to change. President Obama and his health care reform initiative looks to bring an end to the denial of service coming from the corner office. So if a student needs to see a doctor, one will be there and available to help.

The proof of this will be seen in the first year after the bill is signed into law. Once people who need to see doctors can see doctors, the return of the Leave it to Beaver days may become a reality when people start to get proper help and are not wandering out in the community packing weapons loaded with anger and frustration. The possibility of changing the cultural direction of the US is a real possibility with the stroke of the President’s pen.