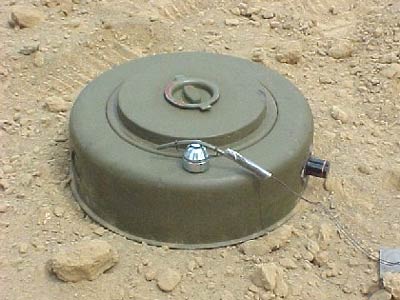 In Thai politics fatal wounds tend to be self inflicted. With The convicted fugitive Thaksin Shinawatra taking sides with Cambodia, he may have just caused such a wound by stepping on a political landmine.

To be looking to recapture Thailand’s Prime Minister post, taking sides with a country in conflict with Thailand is just the wrong thing to do. Thaksin Shinawatra has ignored laws and court orders to seek his goals. He has disrespected everyone and everything that has stood in his way. But by doing this he has stepped on the anti Thailand landmine in Cambodia, and it has cost him significant popularity.

Unfortunately as it is, Thaksin has little power when it comes to patriotism. He tried to muster it when he attempted to lead Thailand into a civil war during the Songkran red shirt riots. That earned him a traitor image when Prime Minister Abhisit flexed his muscle and the country stood behind Abhisit. As the images of the red shirts trying to burn down Thailand found their way to the TV news, it was hard for any Thai being Thaksin supporter or not to stomach what they were seeing.

Thaksin has been busy trying to paint himself as friends of various country leaders. Offering them help in financial concerns and doing his part to look respected. Unfortunately Thaksin’s greed and lust for power has blinded him to patriotism and Thai pride. To be seen helping anyone other than Thais just does not sit well if the goal at the end of it all is to become Prime Minister.

There is a significant difference between being a CEO of a company and being a Prime Minister. Being a CEO it does not matter much if you are helping another country as long as there is a profitable business return. However when it comes to a political office, helping another country is seen as being a traitor. That is particularly so if that country is in conflict with that politician’s country.

So when Thaksin got bold and decided to help Cambodia, he went past the line of doubt and Thais quickly connected that Thaksin did not care about Thailand. With the conflict of The Preah Vihear Temple that Thaksin had his hands in via his crony Noppadon Pattama, it very quickly connected that Thaksin is willing to give away Thailand. If there is anything that will trigger Thai patriotism, it is the Preah Vihear Temple issue and border dispute.

Prime Minister Abhisit has seized on this opportunity to beat the Thai patriotic drum, and Thais are quick to fall in line behind him. Moving to review and very possibly cancel any agreements then Prime Minister Thaksin made with Cambodia is a prudent move as Thaksin knows many things that could easily put Thailand at a disadvantage.

A secondary advantage is it could quickly do a lot of damage to the red shirts and water down their fire. The red shirts would be seen as supporting a traitor, and most certainly will have a negative effect on their movement.

If Abhisit can continue to promote the fact Thaksin is a traitor, it has the potential of putting an end to Thaksin’s political muscle if played correctly. One thing remains constant in all of this, Cambodia most certainly does have a lot of landmines.