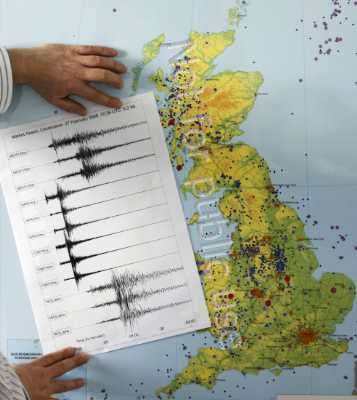 We hear about the big ones right away. But unless people take the time to look there are about 10 shakers with a 5.0 or higher nearly every 24 hours all over the planet.

Earthquakes are much more common that people think, and in seismically active regions like Indonesia people can expect to feel the ground move nearly every week. Some are after shocks and some are the main event.

The ring of fire that is the boundary of the pacific tectonic plate is the most active, but not the exclusive place in the world. China, the middle east and Europe are no strangers to shake rattle and roll.

This is not really news but it is remarkably surprising that so few people in the world realize how much the earth moves every day. Prediction of earthquakes is one of the goals of humanity. If we can know when one will hit, the chance of zero loss of life in a 9.0 is a real possibility.

There have already been successful predictions of earthquakes in the right situation. During a series of earthquakes along a single fault line, computer models successfully predicted shifting stress points. As one point released causing an earthquake, it loaded stress on another point. It is a bit like running your finger along the tip of a comb bending each tooth and then let it release. The experiment was successful in predicting the location and time within a 24 hour period by extrapolation.

With computing power now in abundance, all that is needed is more detection equipment in the field. The spacing between sensors needs to be reduced to create more accurate models. Spacing sensors between 100 and 200 km apart around the world and under the sea will provide huge models that will see building stress points and establish personalities of each area.

So essentially we are not that far off from doing this. Perhaps in the next 100 years if we survive ourselves we will have an earthquake warning system similar to today’s severe weather warning system.

If you want to know more about earthquakes and have real time information. Click here